A BIG effort for a BIG Day

How we counted the most birds in The Caribbean 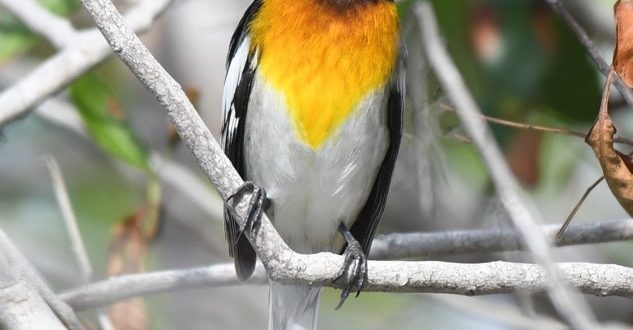 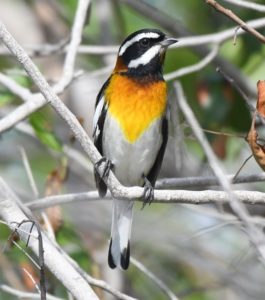 What would you consider to be an ideal way to spend a sunny, wonderful Saturday in The Bahamas? If you said counting birds, then you and I were thinking the same thing (you definitely weren’t thinking that).

On Saturday, May 4th I spent the entire day counting birds for Global Big Day 2019. Global Big Day. It’s like Black Friday, but instead of rushing to mega-stores chasing crazy price deals on electronics, you rush to all the “bird hotspots” looking for birds.

Global Big Day is a 24-hour birding binge, where people from all over the world get outside to count birds. Global Big Day is birding’s biggest day of the year. Every year on a Saturday in May, the Cornell Lab of Ornithology organizes this massive event, in which anyone in the world can log bird sightings into eBird, Cornell’s global database. This year’s event took place on May 4th.

Last May, more than 30,000 people took to fields and forests around the world, noting more than 7,000 species in a single day.

“Global Big Day isn’t a competition”, I kept repeating to myself throughout the day, but like everything else I do, introducing that competitive spirit makes things more interesting. What fueled that spirit, even more, a Puerto Rican Facebook page published a post saying: “Let’s go for the record!! Calling all the birds’ lovers of Puerto Rico, prepare your binoculars, cameras or simply your eyes and ears. Last year Puerto Rico reported 135 species in the “Global big day” staying in second place in the Caribbean. It was then where the Bahamas, which with 136 species, got the first place. We need everyone to look for at least one characteristic species of their region and the reports at Together we can break the record.

All I read was “We need to beat The Bahamas with the most species this year!”

This made for a fine competition between the two countries, who have similar bird features. Well, to be fair, they beat us in every category. Puerto Rico has 363 recorded species of birds and 62,113 submitted checklists; The Bahamas has 348 species and 26,865 submitted checklists according to ebird.com.

eBird is the world’s largest biodiversity-related citizen science project, with more than 100 million bird sightings contributed each year by eBirders around the world. It’s where you submit all of your observations, photos, etc. It’s the center of birding.

Puerto Rico has 17 species of endemic birds; The Bahamas has 6. Endemic species are those that are unique to a country/geographic region and found nowhere else.

We also share many common species, and like us, Puerto Rico sees a lot of migratory birds every year.

They have more people on the ground counting birds, not to mention that they have rain forests and mountains too! 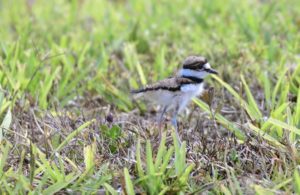 So, the only thing we had to rely on was pure effort. That’s just we did.

Teams and individuals across the country, took to the forests, wetlands and everywhere else to find, count and record our feathered friends.

Since the majority of our birds are winter migrants, most of them had left the country already, so we knew that we weren’t going to see certain species.

The Bird Club of New Providence assembled two teams (West and East) to cover New Providence. I was a part of Team West. We were a pretty rad collection of birders! We started at 8 am at The Blue Shark Golf Course, an amazing spot to go birdwatching. From there we covered every spot we could imagine having a good diversity of birds at this time of year, including 3 national parks. 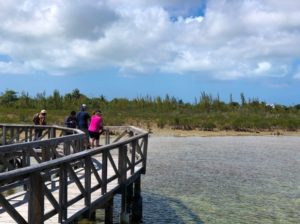 Photo 1: Team West at the Bonefish Pond National Park, this park is an important refuge area for many wetland birds. 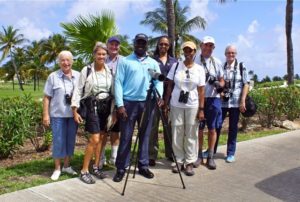 The sun was as torrid as it could’ve possibly been, but our passion was hotter! At the end of the day, we counted 68 species of birds! Later on, that night, I went out to get 3 additional species that we didn’t see throughout the day. That means we counted 71 species of birds. 71! Not to brag, but that’s a legendary number, given the circumstances. Team East counted 54 species, of them which we (Team West) wasn’t able to find. New Providence 80 submitted species to ebird. Birders on the other islands also submitted their checklists, which gave the Bahamas 137 species of birds, and 201 checklists submitted to ebird, in one day! 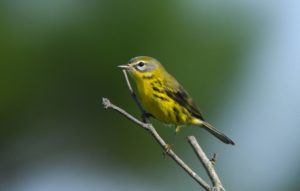 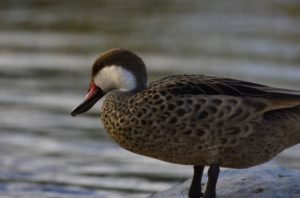 Shout out to everyone on all of the islands who got outside for Global Big Day!

Puerto Rico counted 134 species and submitted 237 checklists. Not saying it’s a competition or anything… but that means we won!

Overall, we had a great time participating in Global Big Day in support of bird conservation and educational opportunities using the data collected.

There are many different types of birds and they are everywhere. Hawks and falcons soar in the skies, small colorful warblers’ flit through branches, thrushes walk on the ground, and wading birds hang out in the wetlands. In The Bahamas from far up North to way down South, a great diversity of birds find homes in the national parks. Even more species pass through during migration. Beginner birders and seasoned birders alike can experience the joy of birds and birding in a national park. National parks protect birds and their habitats. Parks like The Retreat Garden on New Providence, Inagua National Park, and Abaco National Park, just to name a few – act as refuges for many species of migratory warblers and resident birds. These birds stop in these areas to feed and rest before continuing their long migration journeys. National Parks are rated as some of the top hotspots in the country on ebird for bird diversity. 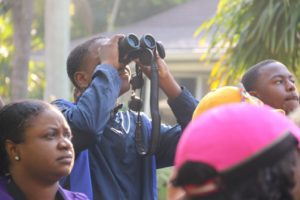 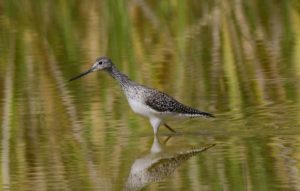 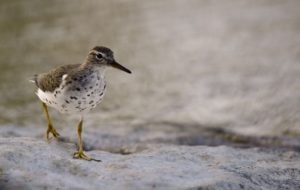 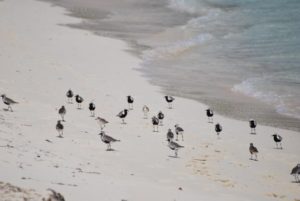 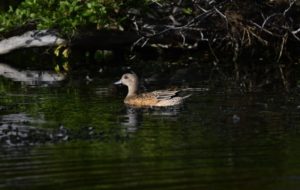