What Caused the Extinction of the Bahama Oriole on Abaco? 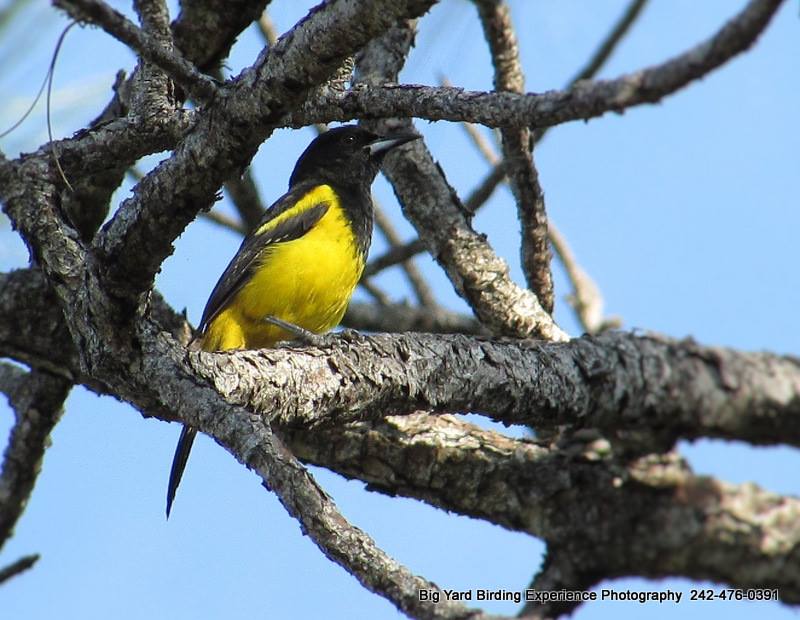 In the 1990’s, Abaco, the second largest island in The Bahamas and the island with the most endemic birds lost one of its five endemic bird species: the Bahama Oriole.  To date, we are not sure what caused its extinction.  In this short article, I offer a few thoughts that may have led to the demise of the Bahama Oriole on Abaco  focusing on hurricanes, human disturbance and the house cat.

Hurricanes are radically powerful storms that have helped to mould the Bahama archipelago. The strong winds, and heavy rains heavily impact wildlife and ecosystems. Food availability may also be an issue after the hurricane as storms strip trees of their fruit and flowers and lead to possible starvation of birds.  The Bahama Parrot population in Inagua, for example was significantly affected by Hurricane Ike in 2008, dropping to as low as 5,000 parrots from a census population of over 14,000 birds in 2006. Could a few major hurricanes in the past cause the Bahama Oriole population to crash?  It is possible that Birds and plants in The Bahamas have learned to deal with the annual hurricane season. Birds often hide in dense vegetation or areas on the island where the winds may not be as intense and even fly to the ground during storms.

What about human activity? Human activity has caused the extinctions of thousands of organisms so humans are a likely candidate.  Abaco is one of the most developed groups of islands and cays in The Bahamas and has been so since the loyalist arrived to the island in the mid to late 1700’s. Also, major logging of pine trees significantly reduced vital habitat for the Oriole which nests and forages in the Pinelands. However, by observing the Orioles on Andros, I noticed that they actually do reasonably well and even thrive in human developed areas.  Many species of birds adapt and thrive in residential areas, such as Kestrels, Doves, Thrushes and Mockingbirds. In fact, when John Northrop, first “discovered” the bird in 1890, it was in the Nicholl’s Town settlement of North Andros.  He noted that the residents call the Oriole the “Coconut Bird” because of its apparent affinity to coconut trees.  So, although it is possible that human activity could have caused their extinction, I am a bit skeptical about human activity being the only cause.

Domesticated in the Near East over 9,000 years ago, the house cat was and still is as an important form of rodent pest control. House cats have a bad worldwide reputation. This reputation may have been quashed if cats specialized in killing only rats and mice. However, house cats are opportunistic predators and have caused extinctions to many species of birds and other animals all over the world. Birds like the Lyall’s Wren of New Zealand went extinct due to feral cats (house cats that went wild).According to the American Bird Conservancy and other researchers, cats kill between 1.4-3.7 billion birds a year! Not millions… BILLIONS!!!   This does not include the millions of lizards, snakes,  rabbits, squirrels and other animals that catch the keen eye of our feline friends .  Feral cats have been implicated in the extinctions of 14% of bird, mammal and reptile extinctions on islands. 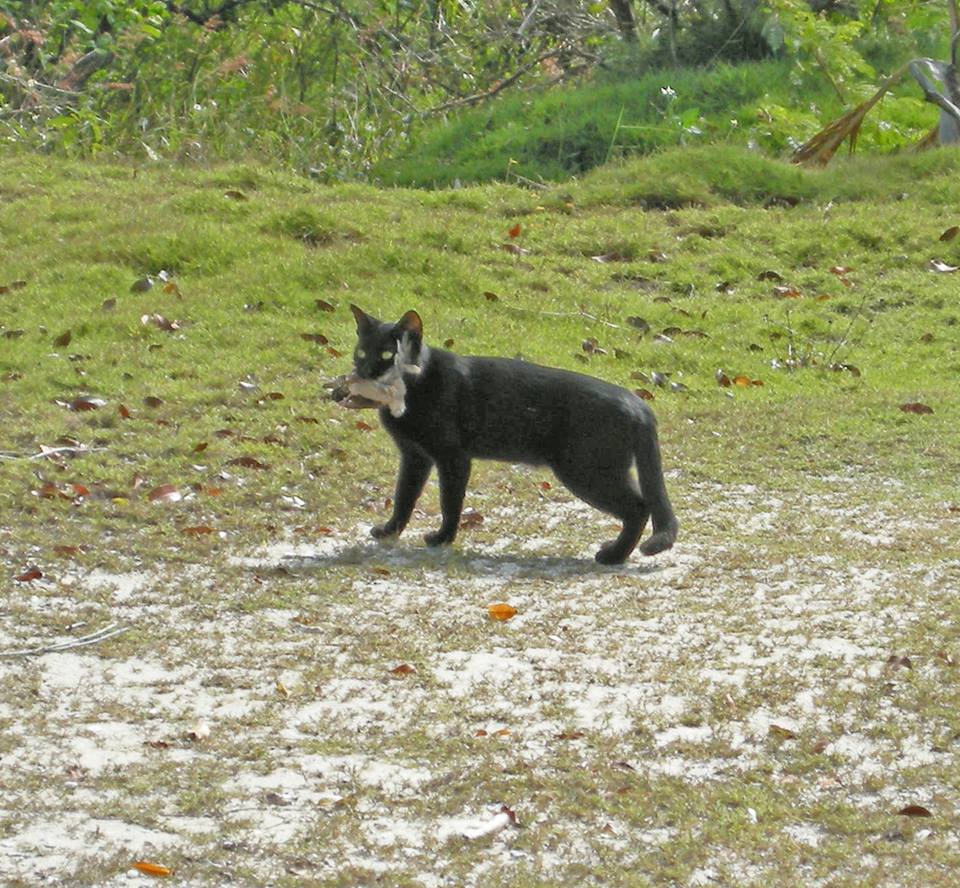 Bahamas House cat with Dove in its mouth. Photo by Patrick Leary 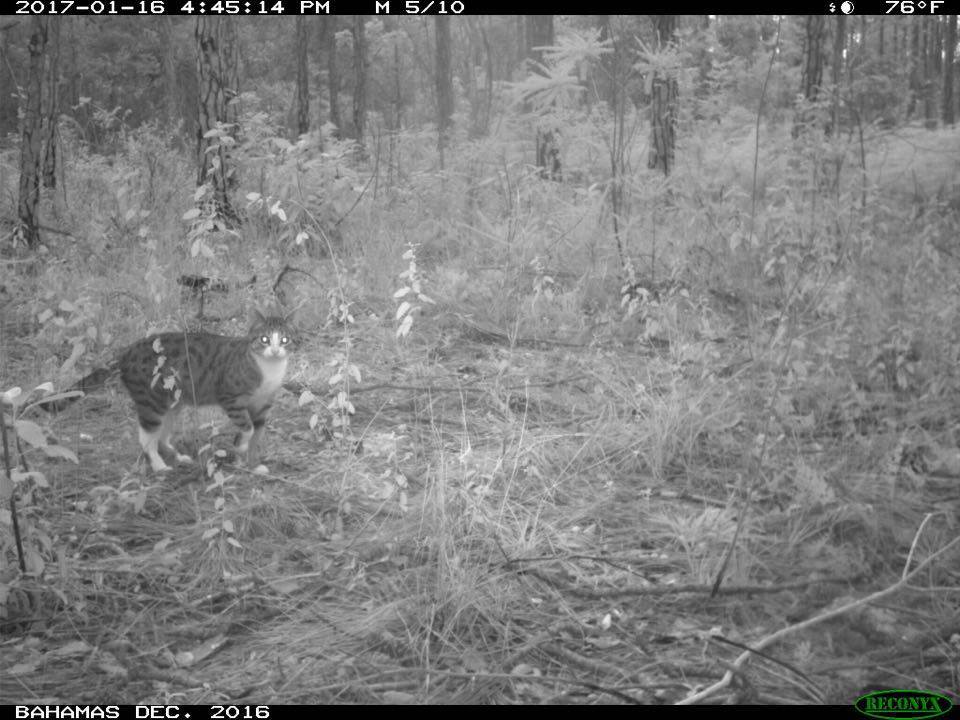 In The Bahamas, our native birds are not immune to such dangerous invasive predators.  The Bahama Parrot namely the Abaco population is the only known species of parrot that nests in limestone holes and its population is still threatened by feral cats that attack nesting parrots.

Besides parrots, many species of birds in The Bahamas have nestlings that, when they reach a certain age, hop out of their nest and often end up on the ground. These birds include Mockingbirds, Thrushes, Gnat-catchers, and  Bahama Orioles. These fledglings are at great risk because they cannot fly and are at the mercy of the predators waiting to snatch an easy meal. 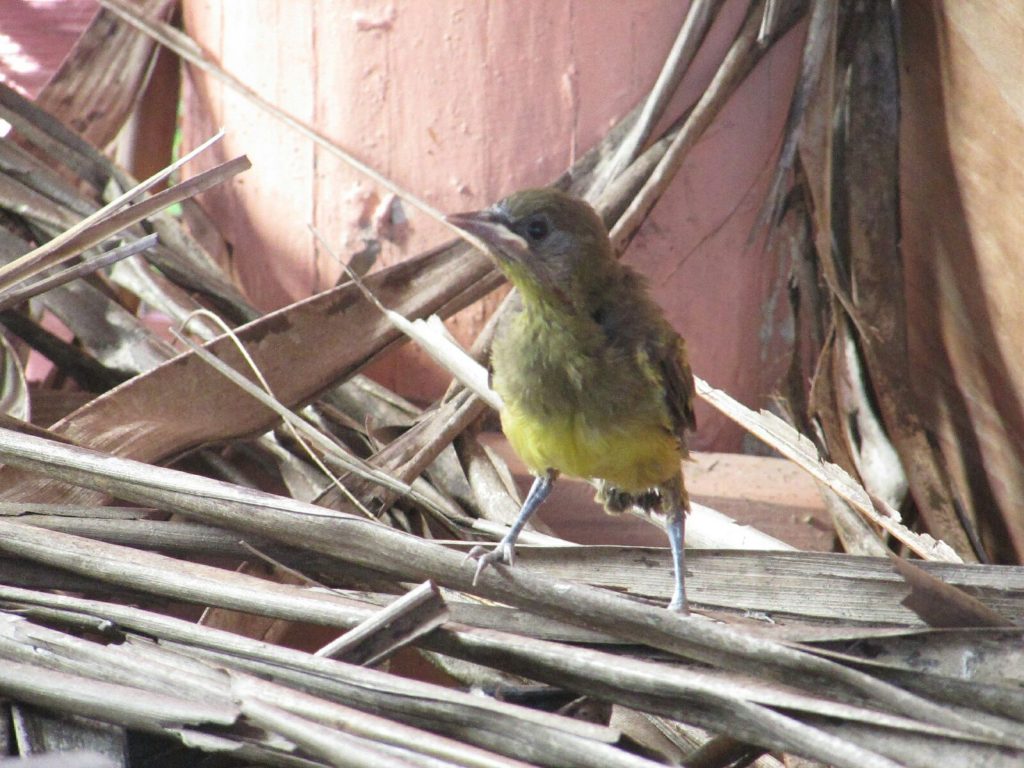 Bahama Oriole Fledgling on the ground. Photo by Sam Nelson 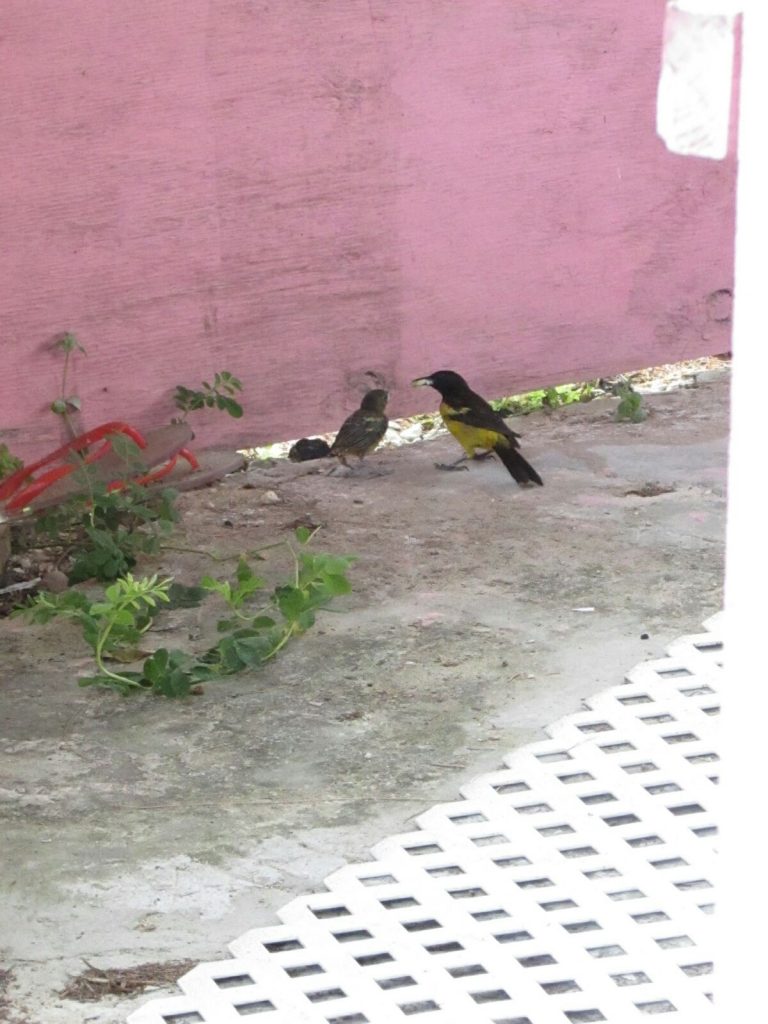 Some people may think that the housecat could not cause the Oriole extinction.  If the population of Orioles on Abaco was already on the decline or small, it doesn’t take much too completely eradicate a population. If nestling and fledgling mortality was reasonably high due to high cat predation, there would be no way to sustain and replenish the population as adults eventually die out.

We are still unsure about what caused the extinction of the Bahama Oriole on Abaco. Hurricanes and human disturbance may have been contributing factors but I personally believe it was feral house cat which dealt the final blow to such an amazing species. We unfortunately do not have a good idea of the population status of ANY of our endemic birds. The Christmas Bird Count, which census bird populations on several islands in The Bahamas gives us a glimpse of the population status of many species of Bahamian birds in The Bahamas, but a more concentrated effort needs to be done on our endemics to help organizations like the Bahamas National Trust properly manage these species. As for house cats, all responsible pet owners need to remember that cats are predators of wildlife and that the best place to keep them is in the house. If we do not take steps to protect our endemic animals, animals found nowhere else on earth, we will lose unique treasures that add to the charm of our amazing archipelago.