Diving a Coral Reef nursery in the Bahamas

I was excited to dive the James Bond coral nursery with Stuart Cove’s Dive Bahamas today because I hadn’t visited the nursery in a few months. The opportunity to dive with Alex Frans, from Stuart Cove’s, and Bettina Bernhard, a German journalist interested in Bahamian marine conservation, was a perfect excuse to run away from my desk. The endangered staghorn coral (Acropora cervicornis is its scientific name) was growing well the last time I visited and Stuart Cove’s employees have even “outplanted” corals to a nearby reef already. “Outplanting” is a fancy word for removing corals from the nursery and placing them on the coral reef.  The process is similar to taking a cutting from a plant – quite simple really. 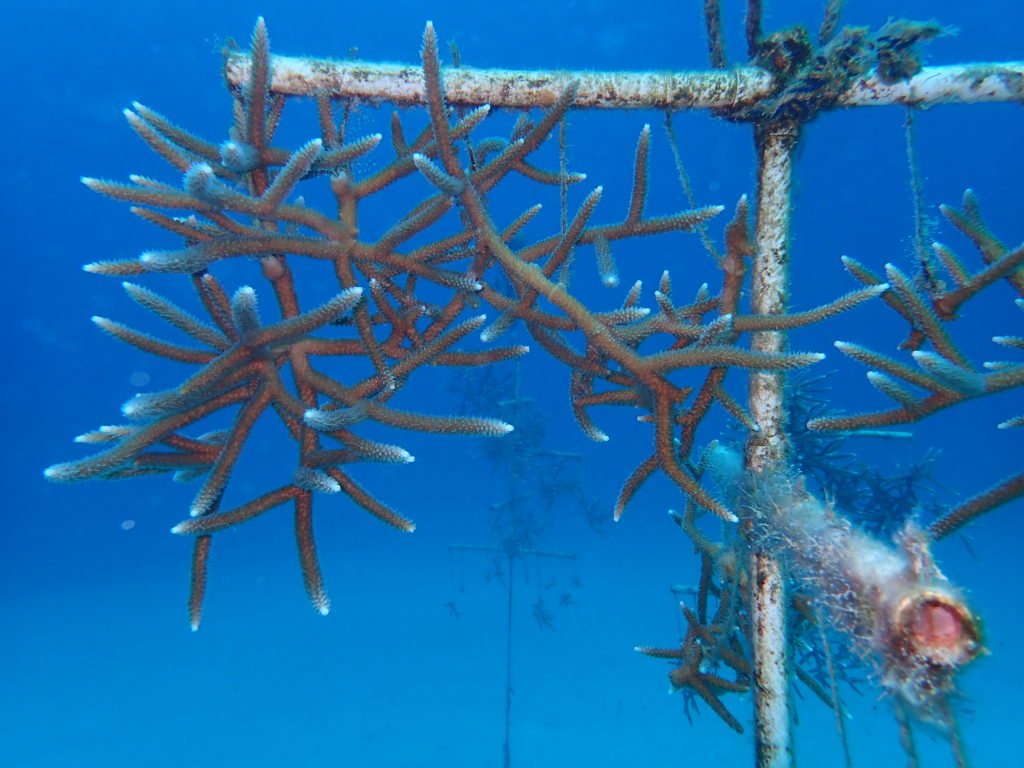 Staghorn coral ready to be outplanted. Image also shows nursery before it was cleaned.

As we approached the flourishing nursery I was immediately reminded of the epic coral vs algae battle that is constantly being waged in a nursery. Regardless of the algae, the coral was growing fantastically. The growing tips were perfectly white, the cream color of the branches didn’t show signs of bleaching, and the polyps were extended and feeding. 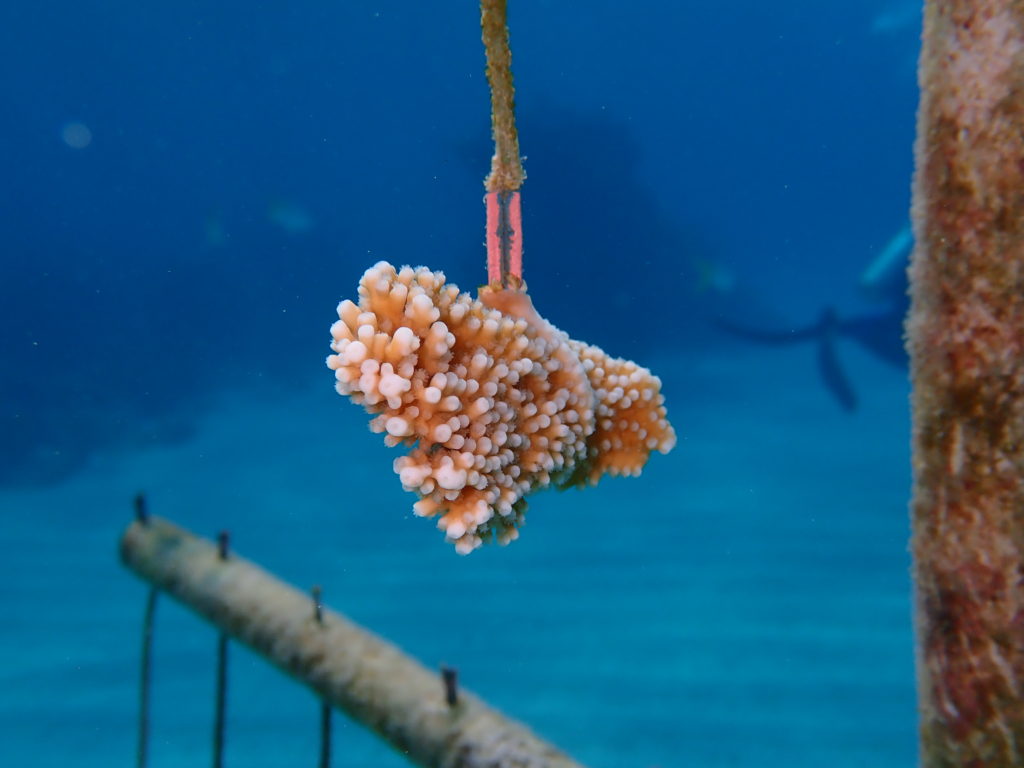 Coral Flourishing in a nursery, Bahamas 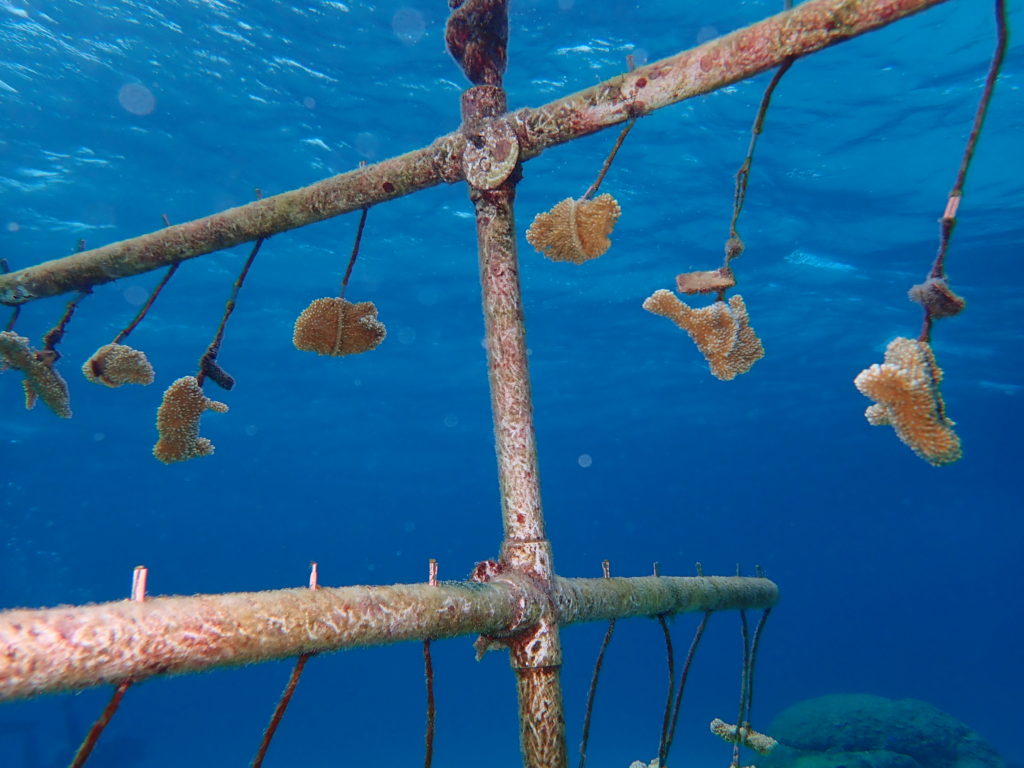 Coral Reef Nursery in the Bahamas

The ever-present algae had grown down the PVC column and fishing lines and was beginning to encroach on the coral. I felt superhero-esque as I swooped in and brushed away the algae, saving the coral. Then the fire coral that was also growing on the PVC column zapped me, and I remembered I was no superhero – at least not today.

Our team of three cleaned several of the trees in almost an hour of diving but there were so many that we couldn’t clean all. 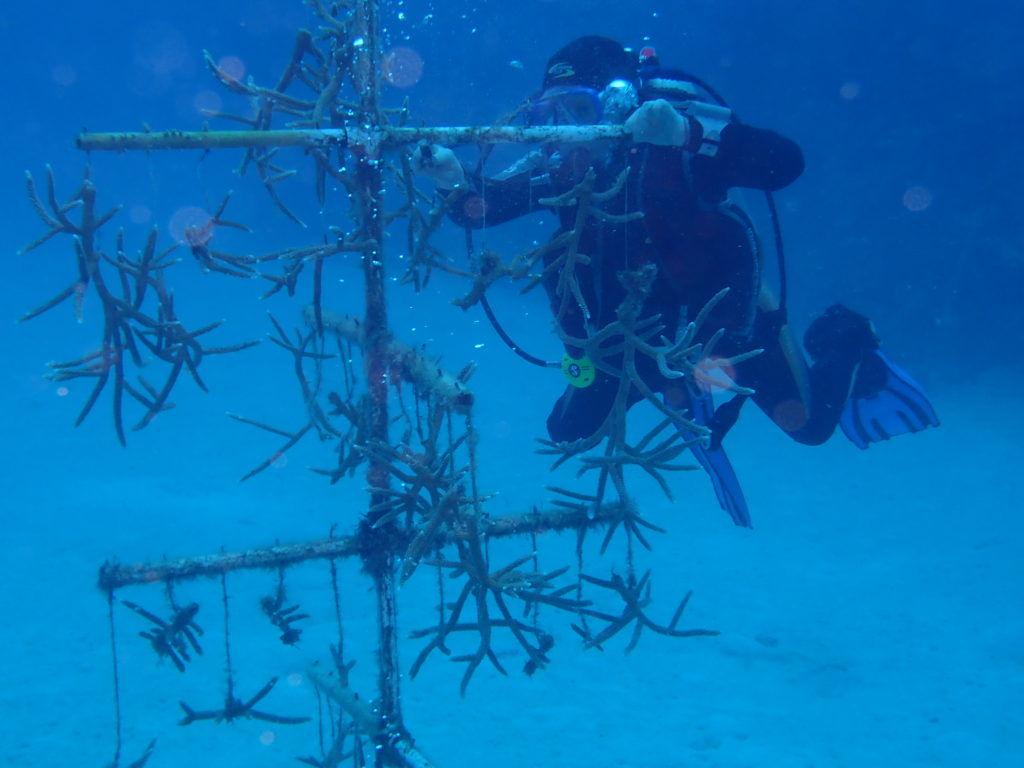 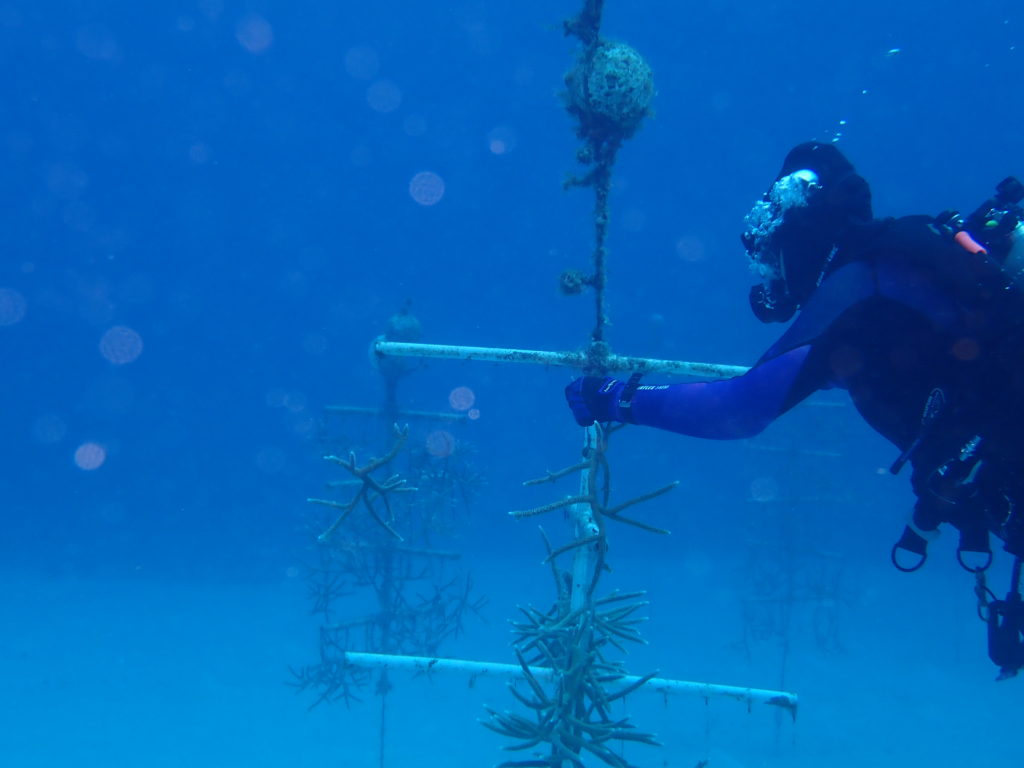 The coral nursery maintained by Stuart Cove’s Dive Bahamas is one of dozens that have been created throughout the Bahamas.  Many of the nurseries are located within our national park system (Andros North Marine Park, Andros South Marine Park, Fowl Cays National Park (2), Pelican Cays Land and Sea Park, Moriah Harbour Cay National Park, Exuma Cays Land and Sea Park) and others are outside of our parks and managed by organisations such as Cape Eleuthera, Cast-away Cay and other private enterprises.

Alex and Stuart Cove’s are planning a larger maintenance dive for early next year and I am eager to return to help assist in the nursery cleaning. There will also be an outplanting dive trip scheduled in early 2018.  Stay tuned!