The Aftermath of the 1929 Hurricane

from the Langlois Diaries, The Retreat

Our last blog post from the Langlois Diary ended with Arthur trying to make a cup of tea over a candle and Margaret begging him to move away from such a terrible place. 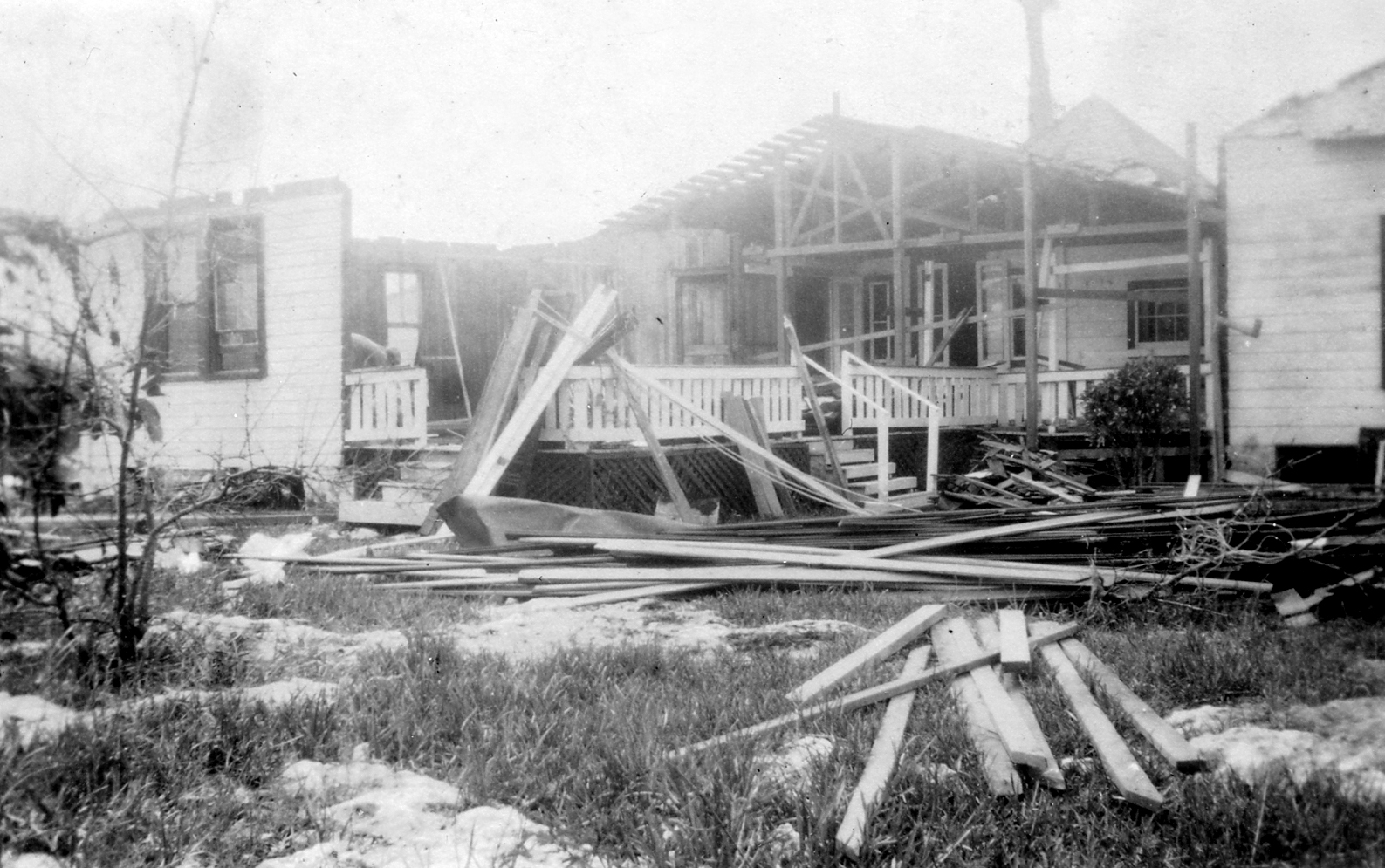 Rebuilding The Retreat after the 1929 Hurricane

Margaret Langlois reminisces about hurricanes experienced as a child in her parents’ house and remembers thinking that hurricanes were fun, walking around following her father carrying a lantern and picking up fruit after the storm had passed.   She comments “ All of this was a lark to  a care free child born and reared in a large stone house build especially to weather the strongest gale that ever blew.”

When the  winds finally began to abate Margaret decided to walk the three miles into town to check on the family.  She recalls that no one had been able to make their way to The Retreat as the water at the bottom of Village Road was at least 10 feet deep and the waves had dashed into the lobby of the Fort Montagu Beach Hotel.

Margaret found that her family had suffered nothing from the storm.  Her Mother gave her some bread and she walked home and gave the bread to Arthur as she just was too upset to eat, The next day they surveyed the damage and she says “It was terrible , just terrible.”

The garden was completely ignored at first as the Langlois had to focus on repairing their house. Margaret writes “ I remember it rained the entire month of October, every day, and the water poured down and into my poor old house. The dining room was the only dry room in the house and for months we ate, slept and lived in that room.”

Carpenters were hard to come by as everyone in town had experienced the same type of destruction.  Arthur’s boss, Mr. Riddel, the Director of Public Works gave him a couple of weeks off work and a friend in DC traveled to Nassau with a gang of men to assist.  They had to cut the roof, which had been lifted off in one piece, into sections and lay new studs. 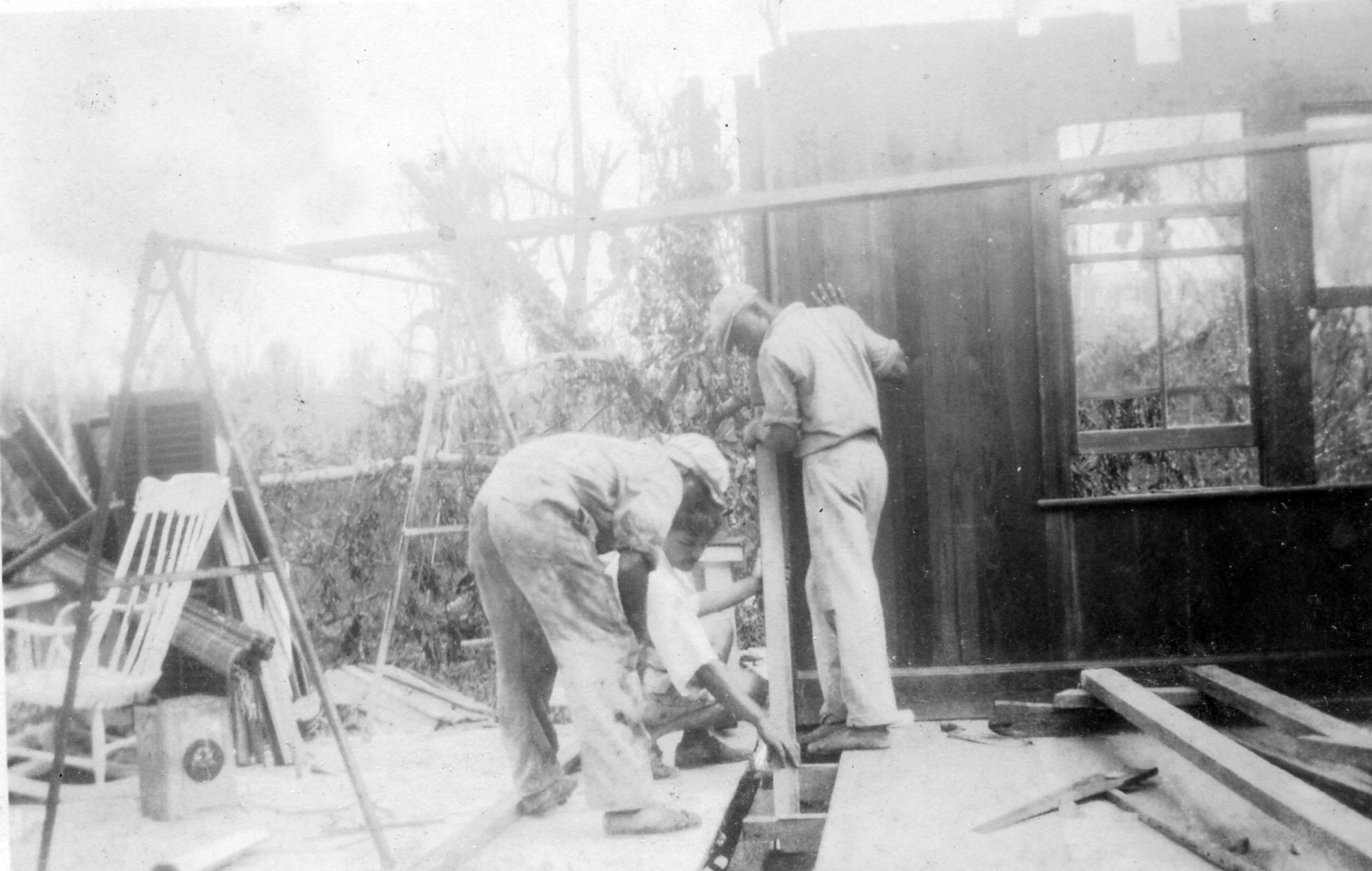 Arthur Langlois and his friend DC rebuild the Retreat House.

They pushed up and placed the roof sections.  Margaret and her friend Coo shingled the roofs before they were placed.  She remembers “We had never shingled before, but we were shown how and we went to work and made a fine job of it too, also of our hands.”

“The entire inside of our bedroom was done by Arthur and me when we returned home from work tired and dejected.  So if you ever think our bedroom looks rough just remember how and under what conditions it was rebuilt.” 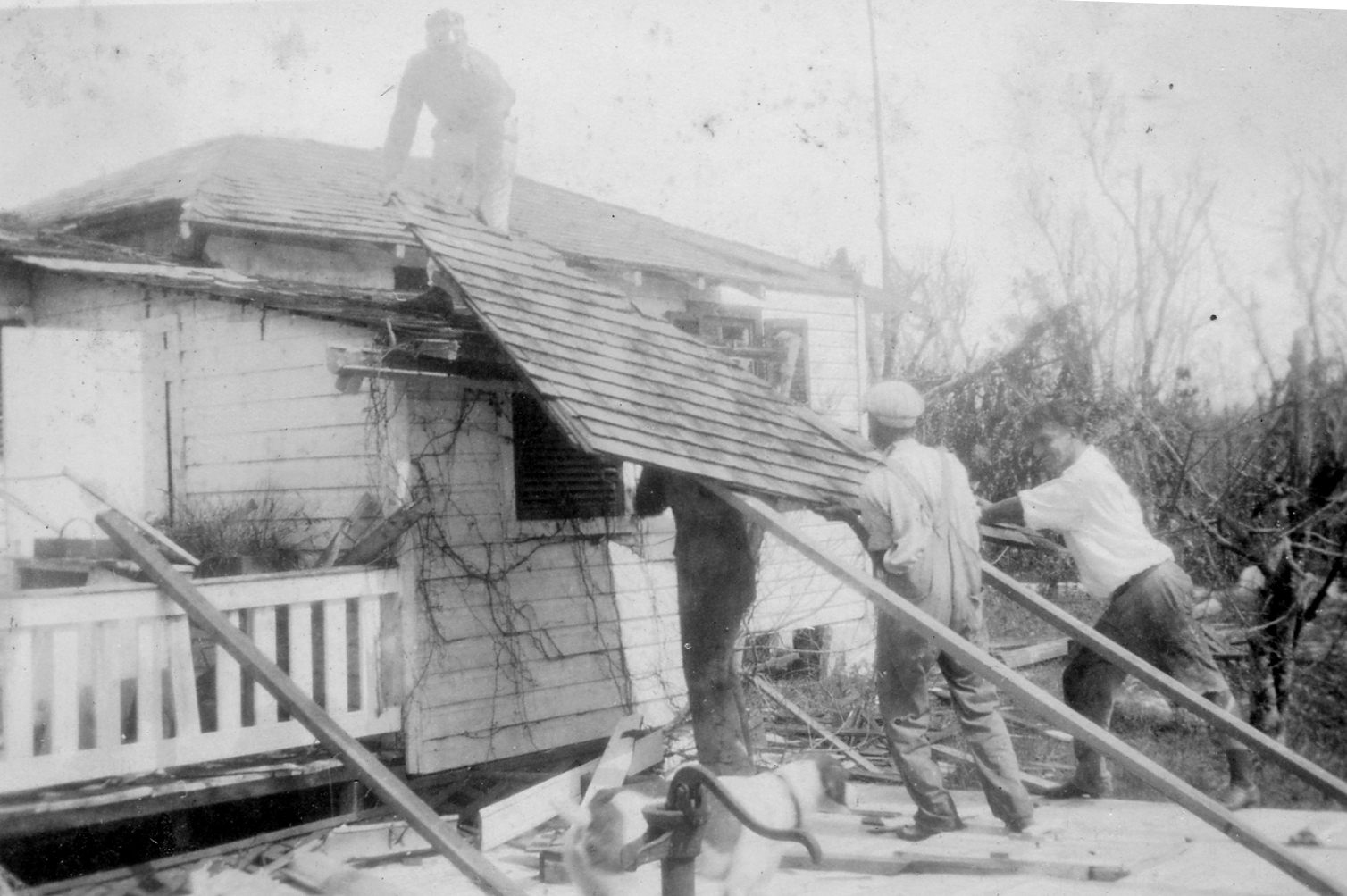 “And what of the garden ? What can one say.  It was not only our garden.  Everyone’s garden was desolate. Large trees forty feet high died standing, and some trees would not sprout leaves for months because they had been so shocked by the three-day storm. I cannot describe what things were like.  Arthur from the bedroom roof could see for miles .  There was nothing to obstruct his view, and what there was was torn and leafless.”

Margaret Langlois speaks philosophically about the lessons learned from the hurricane.  How they worked to put their house back together in less than three months so they could rent it that winter in order to cope with their financial struggles as a result of the hurricane. She speaks of their large tamarind tree that was left lying on its side until the spring, but that is a story for another day. 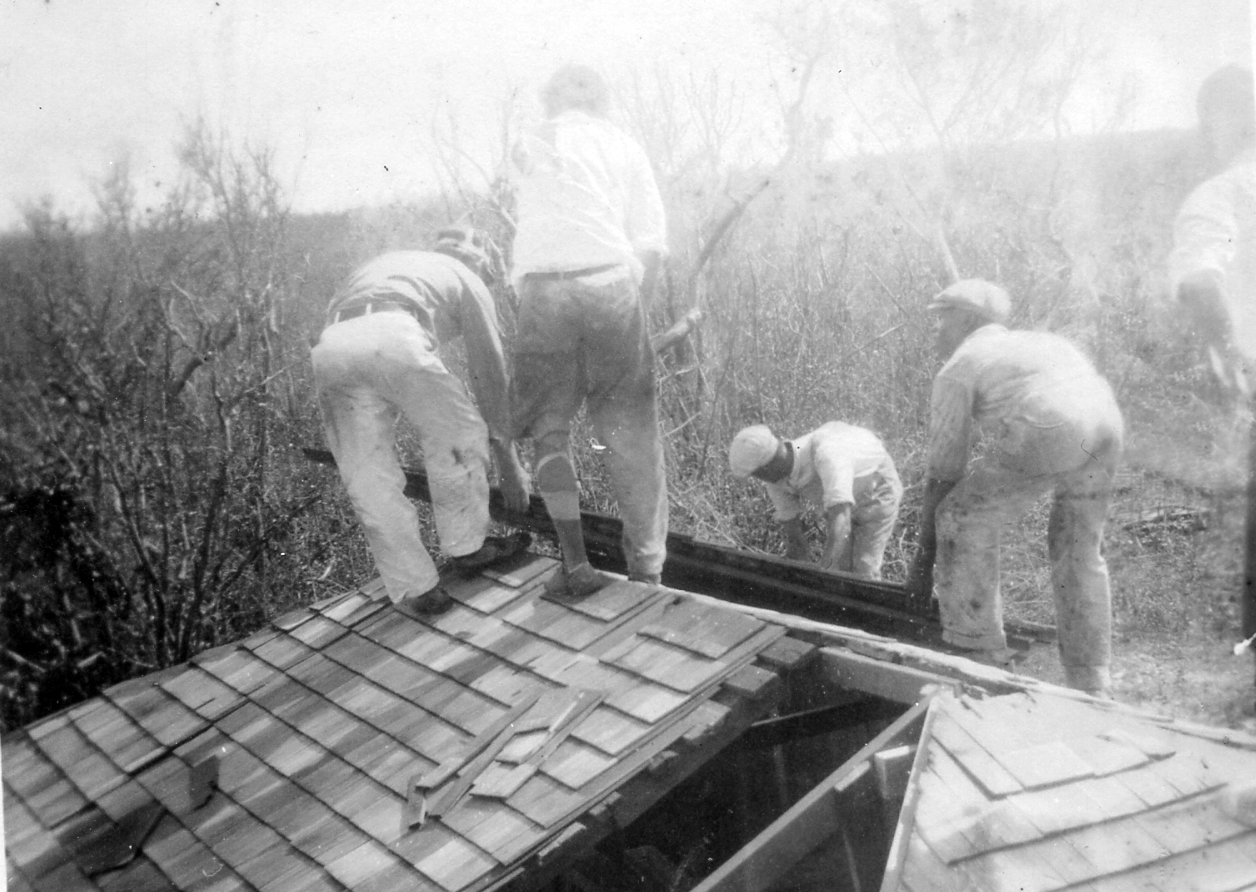