Working to Save a Critically Endangered Endemic “The Bahama Oriole” 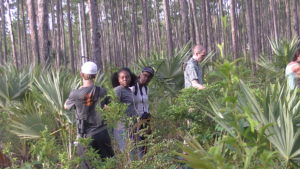 In Search of the Bahama Oriole

Andros is an amazing archipelago of islands and supports a rich biodiversity. It is also home to five of our 32 national parks including the largest national park in The Bahamas, the 1.2 million acres West Side national park. Of the four endemic species of birds found on Andros, The Bahama Oriole is probably the most fascinating. Found only on the island of Andros, this species is the most critically endangered oriole in the West Indies with an estimated population less than 300 birds.

On June 8th, 2018, BNT Science Officer Scott Johnson, went to Andros to spend a week assisting in the research of the oriole with researchers from the University of Maryland in Baltimore County (UMBC). Also working with BNT Andros Education Officer Lehron Rolle and BNT Science Interns Nicolette Russell and Christina McPhee, the group trekked through the Andros Pinelands looking for oriole nests,  collected information to assist in the study of oriole population genetics and quantified habitats both inside and outside of the Pinelands. Scott produced a short video blog highlighting the Bahama Oriole and some of the work he assisted in during his week on the island. The proper management of national parks is impossible without sound science.

Thanks to partnerships between the BNT and UMBC, we know more about the Oriole than we ever did and such information is vital toward its survival. Parks like  Blue Holes National Park offer a refreshing glimpse into the lives of Bahamian wildlife and the importance of National Parks. Please continue to support our work.

Click The Link Below To Find Out More About Our Research: 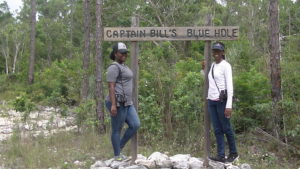 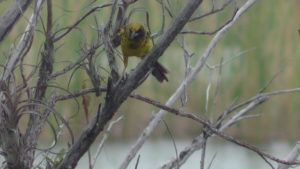