A Trip down Memory Lane

Join us for a trip down memory lane as this blog post by Lynn Gape reminds us of the story of Jollification and shares wonderful memories with these archival images.

According to the Oxford Dictionary Jollification means Lively celebration with others; merrymaking.

For the past 26 years the weekend before Thanksgiving has been marked on calendars across The Bahamas as the start of the Christmas Holiday season, kicked off by the BNT’s annual Christmas Jollification.  The event supports The Bahamas National Trust’s Retreat Gardens (for many years known as The Trust)  and has raised well over a million dollars for this national park, supporting maintenance and infrastructure improvements for the garden.  But how did this all get started? 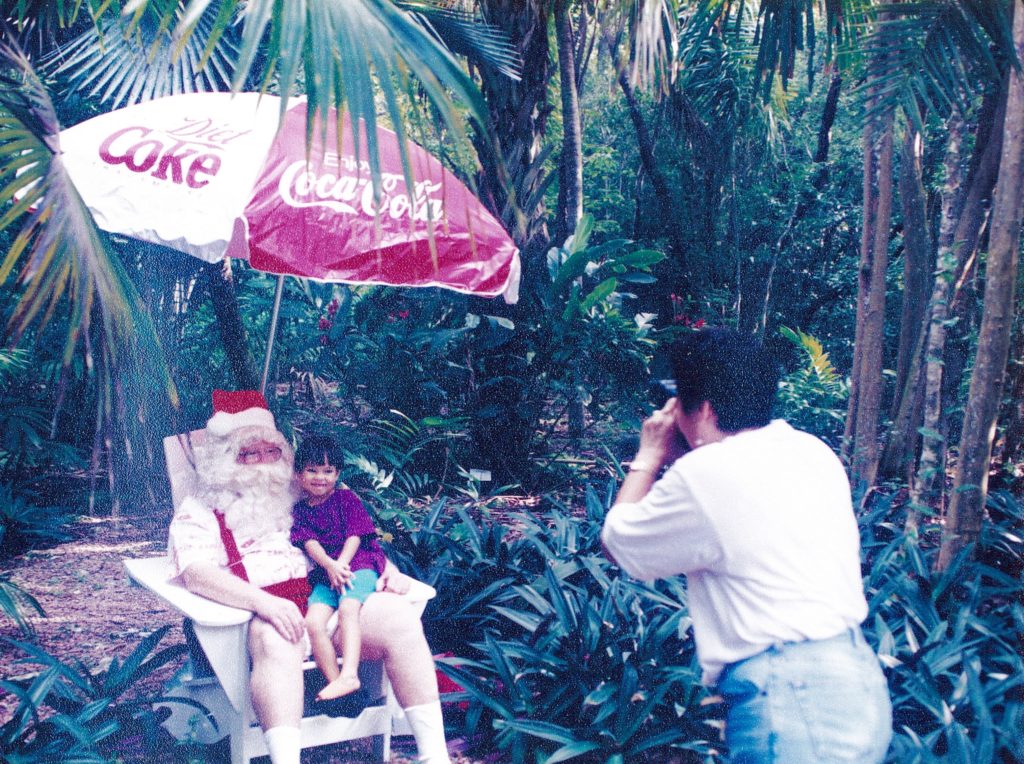 In 1991 the Chair of the Retreat Committee was Mrs. Eleanor Higgs, widow of the Hon. Godfrey Higgs.  She was assisted on the committee by two of her friends, Mrs. Macushla Hazelwood and Mr. Oris Russell (former President of the BNT and Director of Agriculture).  The three were a formidable force and were very involved in the early development of The Retreat.  One day I received a call from Mrs. Higgs asking me to join her for tea that afternoon.   I arrived to find Eleanor, along with Mrs. Hazelwood and Mr. Russell, having “tea” and waiting for me to arrive so they could share their idea to raise money for The Retreat Garden.   They idea was to have a holiday Craft Show and to sell plants.  Remember now,  this was before craft making was as popular as it is today.  I left with instructions to put together a list of people who did crafts and to contact nurseries to see if they would be willing to participate by selling plants. 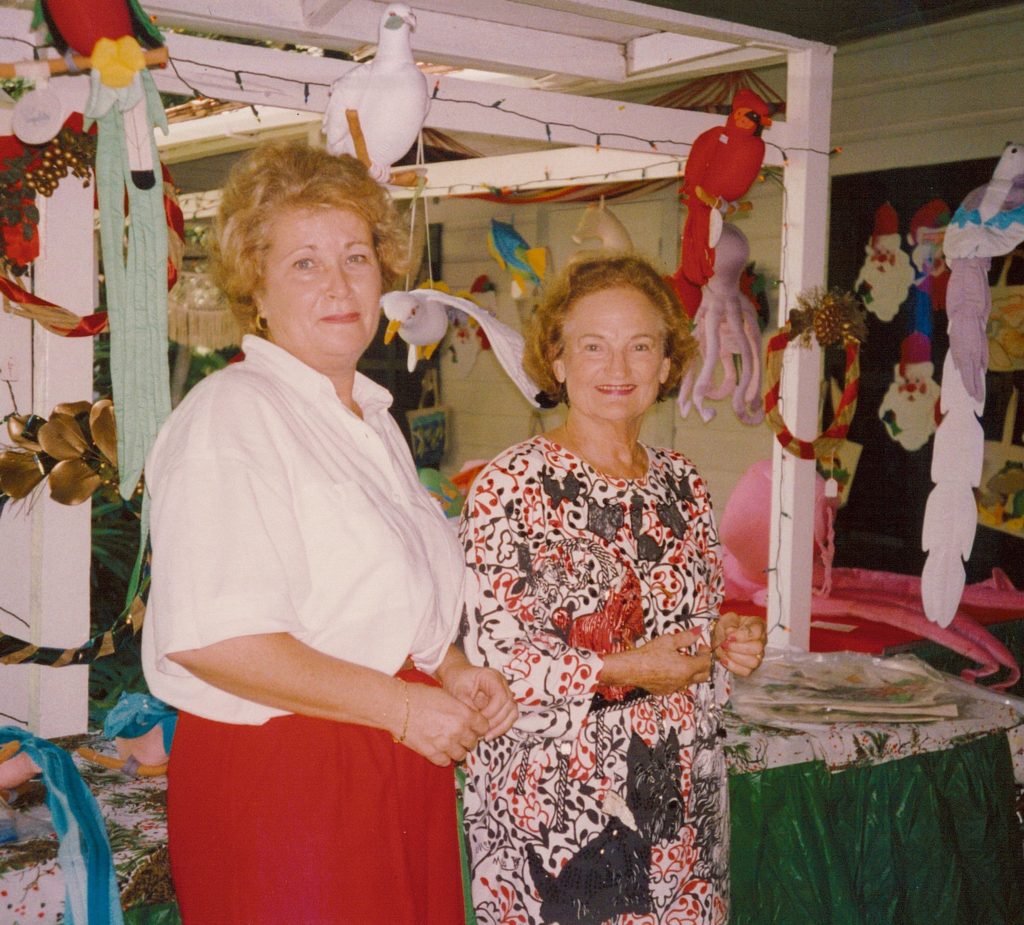 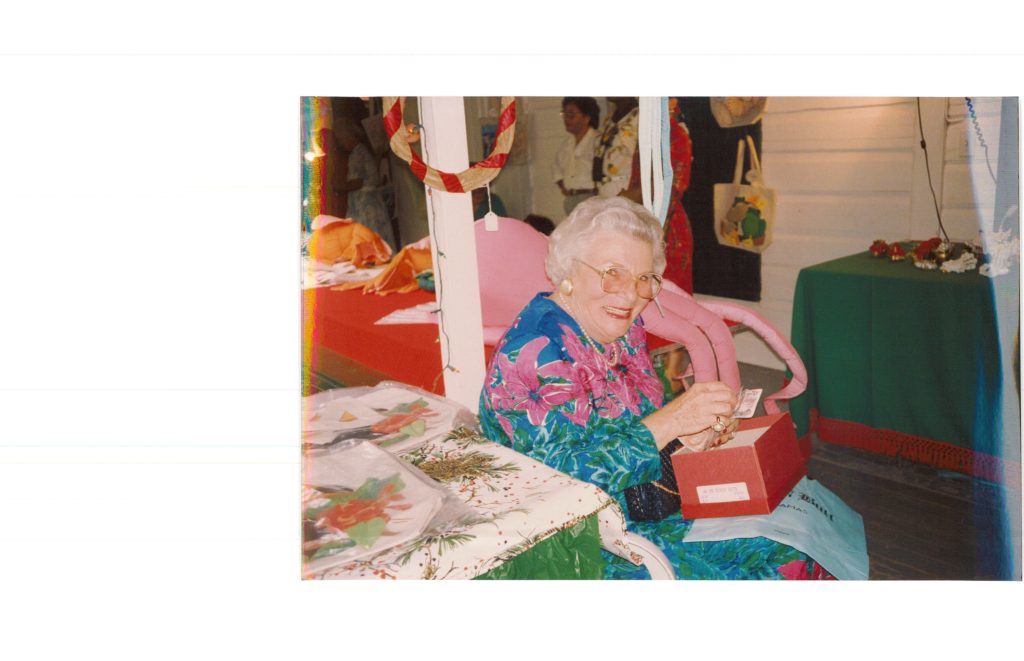 Two weeks later I reported back to Mrs. Higgs, Mrs. Hazelwood and Mr. Russell.  I had a list of craft persons and had managed to convince about 5 friends of The Retreat and the BNT that we needed do this event for the garden.  The dynamic trio were very excited and Mr. Russell announced “We shall have ourselves a Jollification “and thus the name was born.

The first Jollification had 20 exhibitors all under the Godfrey Higgs Pavilion, an area with plants for sale, a bar, and lovely smoked salmon sandwiches.  We were fortunate to partner with the Longbranch Association who were working with various artists and artisans to strengthen their skills and promote their work. The first Jollification made $2500 and the Retreat Committee was ecstatic – it was the most money raised at that time to support the garden.  Today, the event has over 150 exhibitors and attracts approx.3,000 people a day raising a significant amount of money to support the garden. 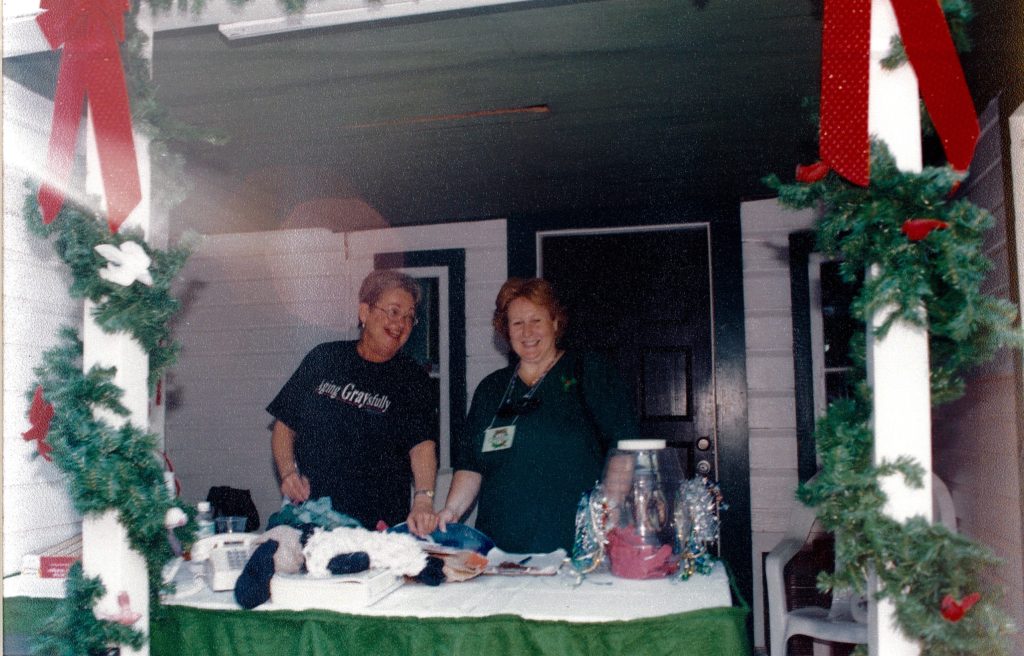 Lorraine Lightbourn with Sally Varani Jones. Lorraine volunteered as the Jollification announcer for many years. 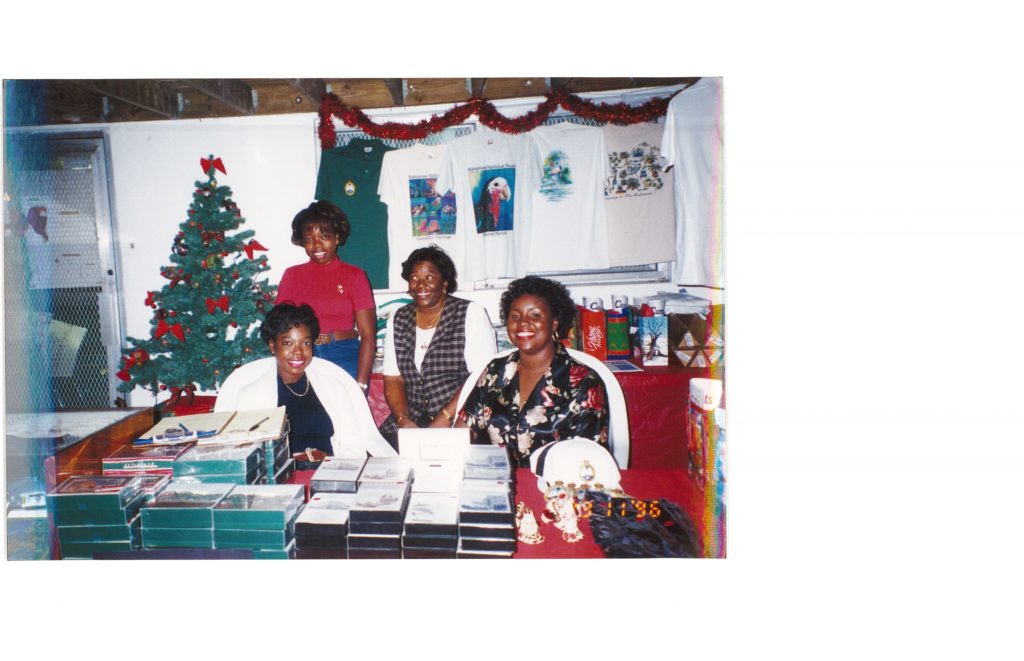 Several years passed and the Jollification continued as a small but successful event.  A Children’s Craft area was added, the Plant area grew and we added a White Elephant area, where fine pre-owned items were sold for great prices.  George Kelly, then manager of Wholesale Wines and Spirits, attended the Christmas Jollification one Saturday, he walked around with me and turned and looked at me and said “We can really make something of this event, I have some ideas.  “ 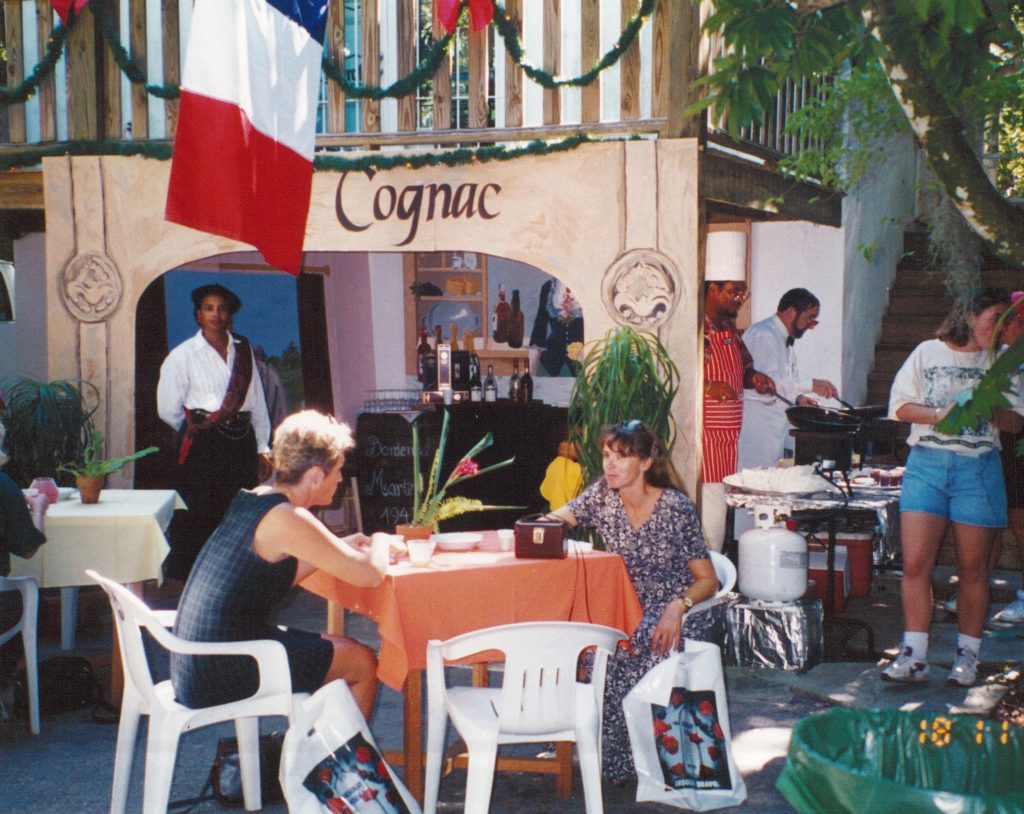 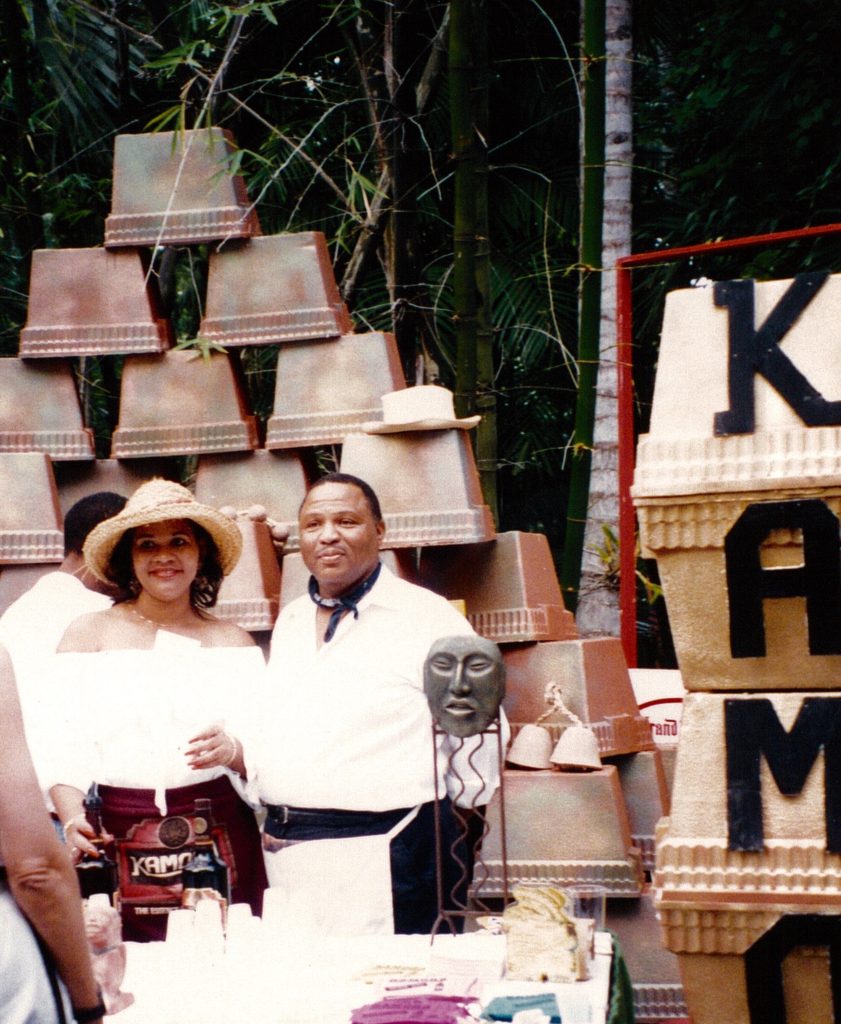 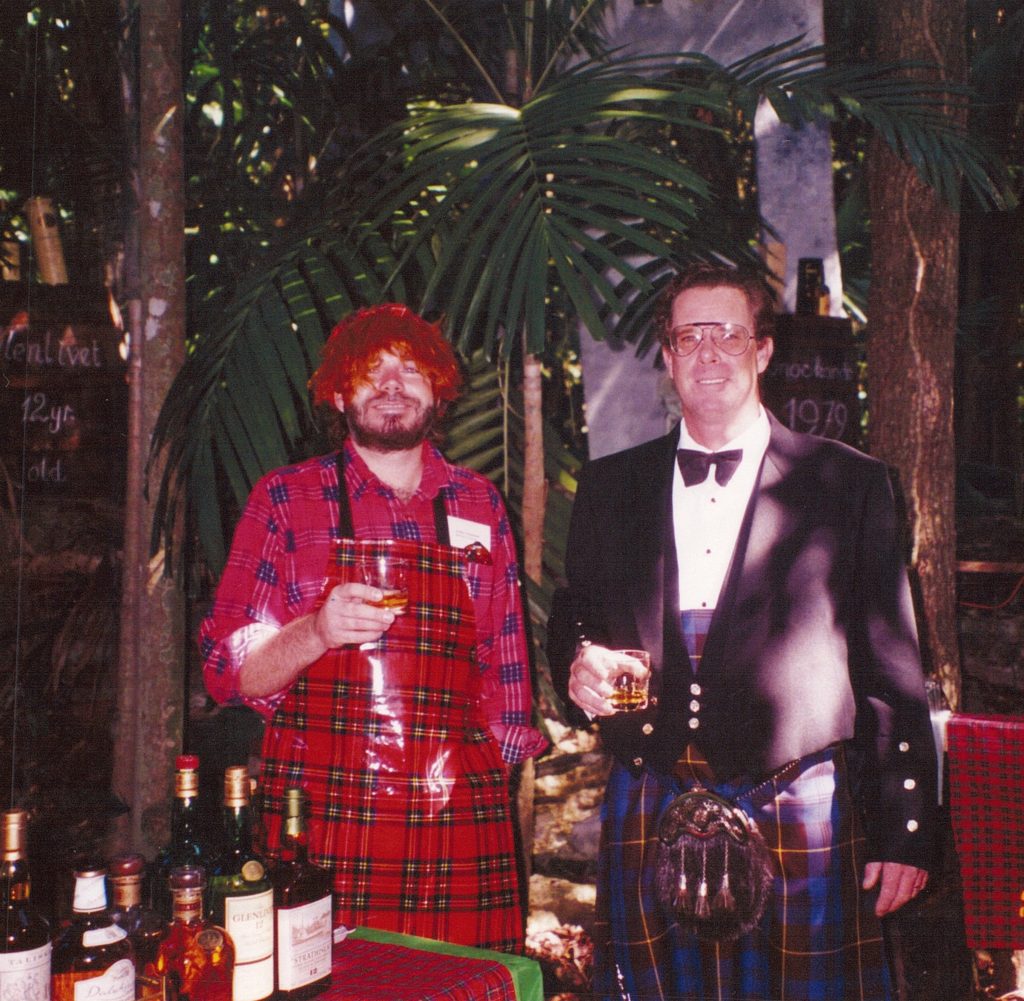 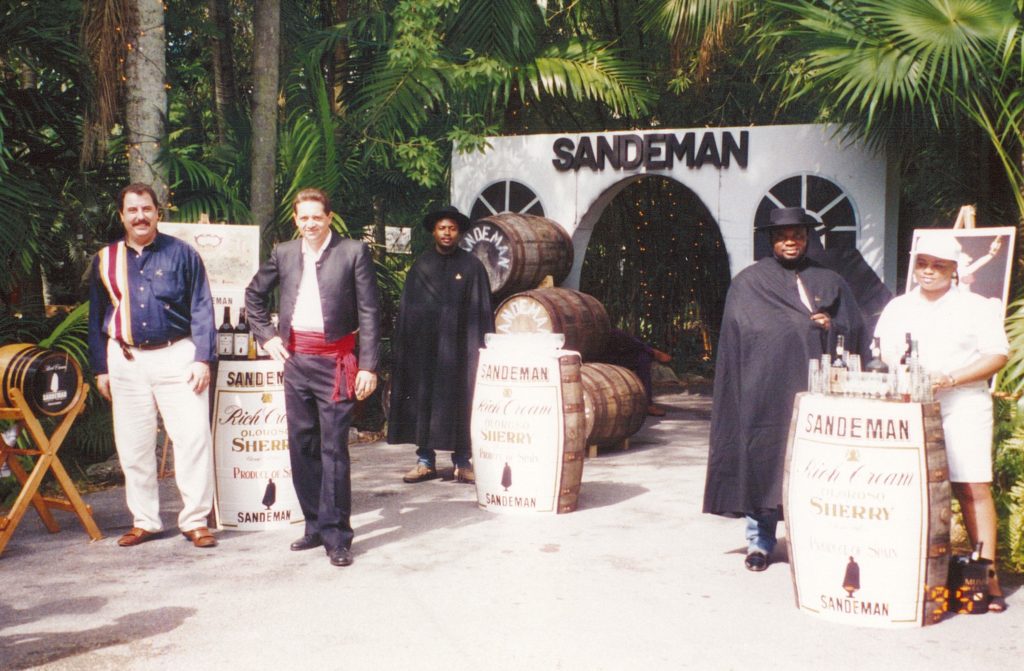 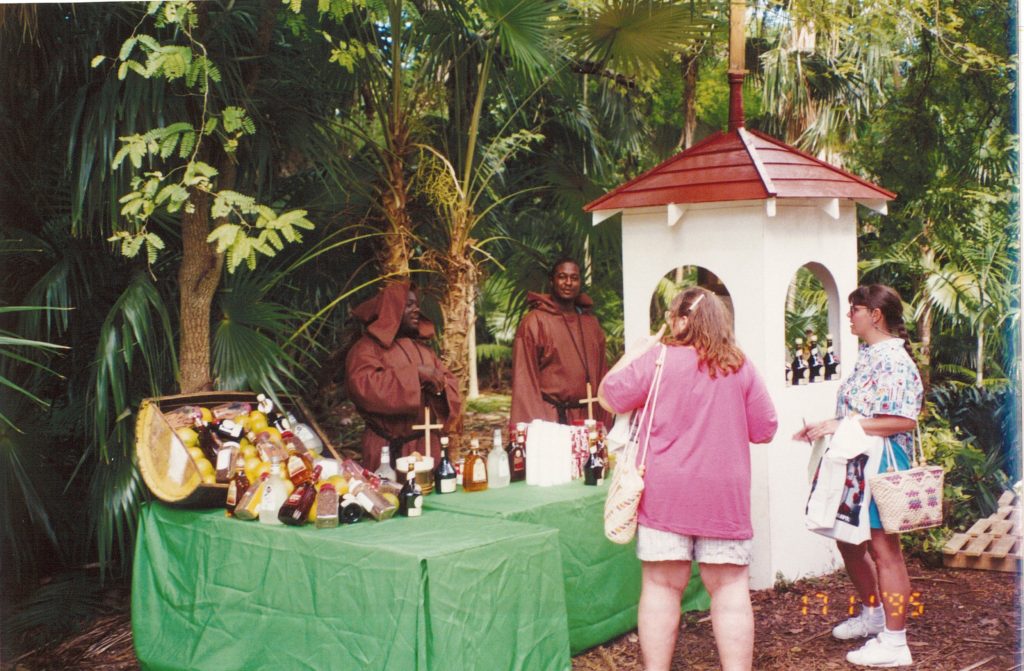 Themed Booths were popular for their creativity like this one featuring B&B. 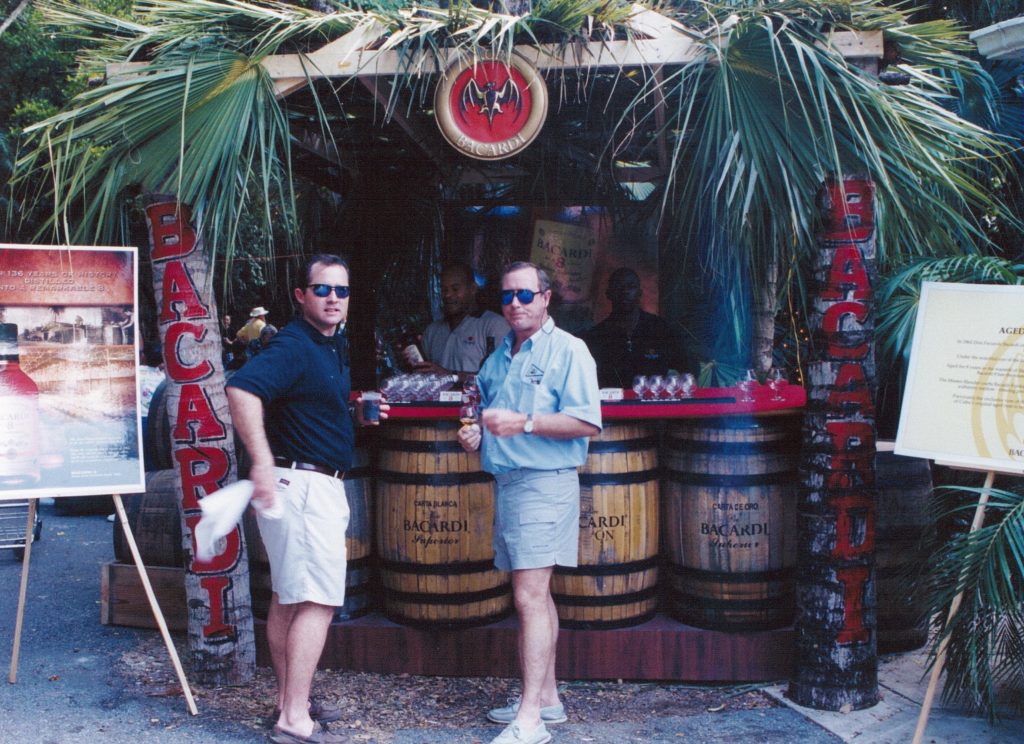 The Bacardi booths were always popular! 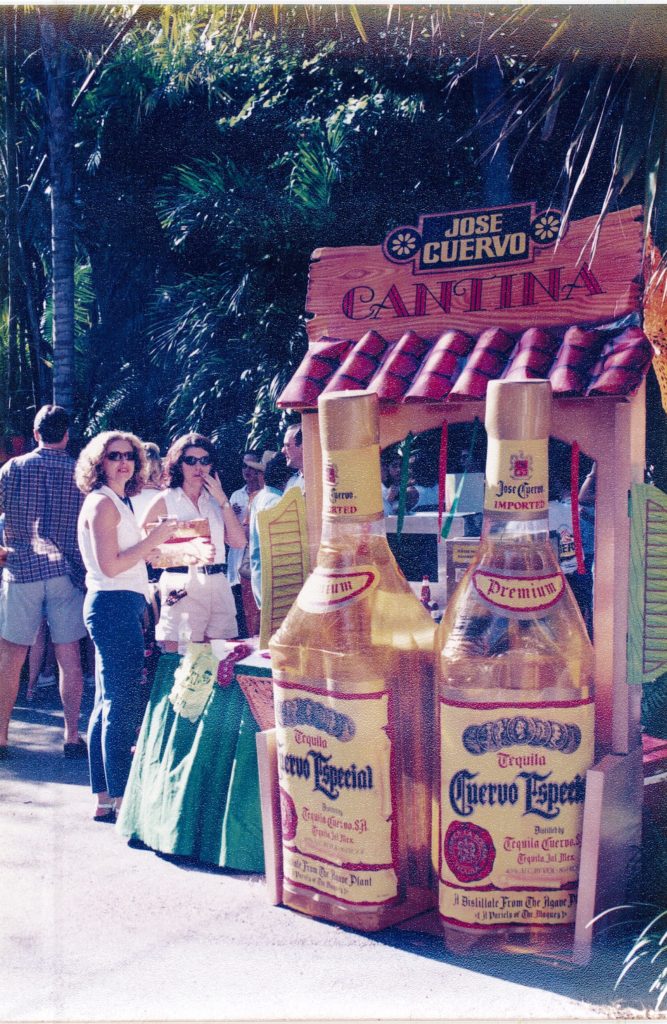 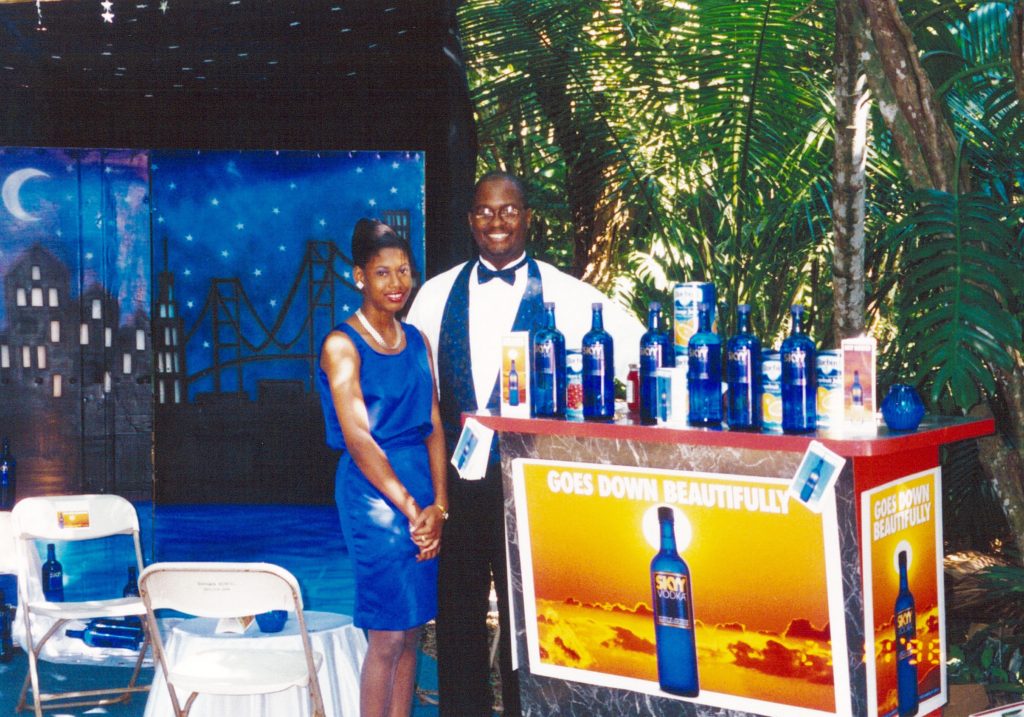 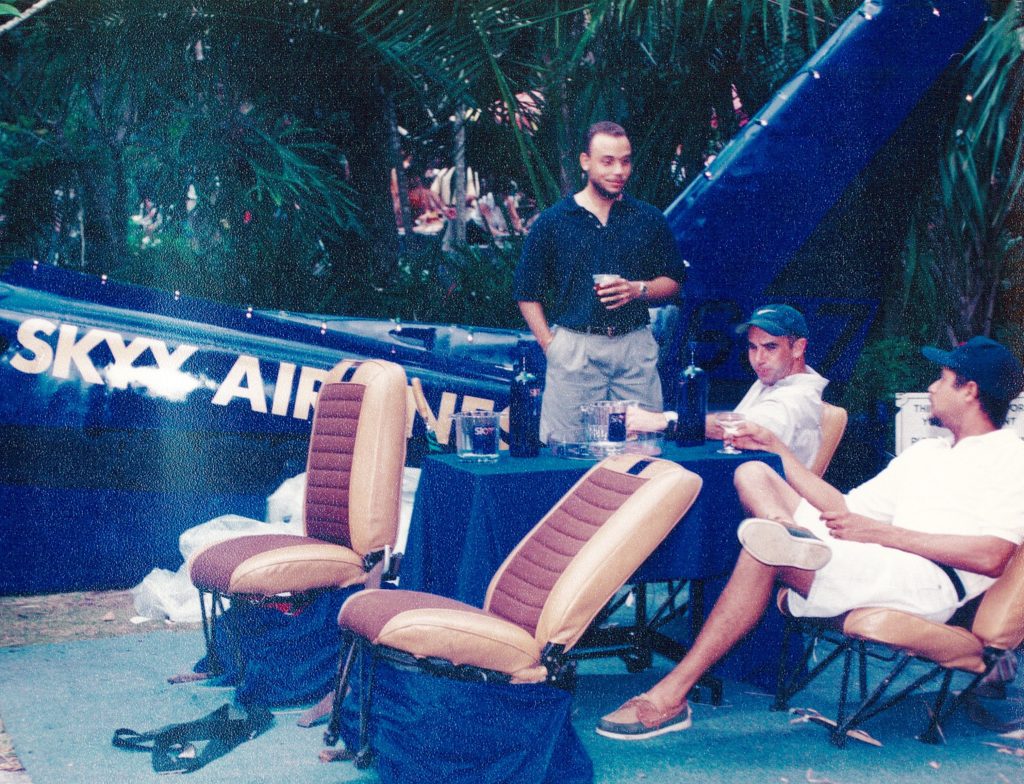 George’s ideas were event changing for the Jollification.  He creatively coordinated themed booths to showcase the holiday spirits sold by Wholesale Wines and Spirits.  Some of the featured booths over the years were a Bailey’s Irish Cream booth that actually had a young cow in it, a Bombay Sapphire Gin Booth that featured a regal Queen Victoria and a Skyy Vodka booth that was actually the frame of airplane – his creativity knew no bounds.  Butler and Sands were also a sponsor and the Beer Booth on the Poinciana Lawn was a very popular area.

It was during this period that the Jollification actually reminded me of the story of the Lorax –  it biggered and biggered and biggered.  Profits from the event allowed us develop and put in the current driveway and parking area which provided more space for vendors.  Upgrades in the electricity at The Retreat and garden lighting also supported the event and new storage area and greenhouse was constructed.  A new catering and event company, Cacique International approached the Jollification Committee and offered to decorate and provide beautiful hors d’oeuvres for the members evening.  It was an amazing donation and the atmosphere and ambiance provided was a wonderful contribution.  I believe my favorite was the year that they developed the theme a “Groovy Kind of Christmas” I was skeptical of the theme but that Jollification was so mellow and lovely that I remember it as one of my favorites. It was also during this period that our Sunday grew to be as popular as Saturday. 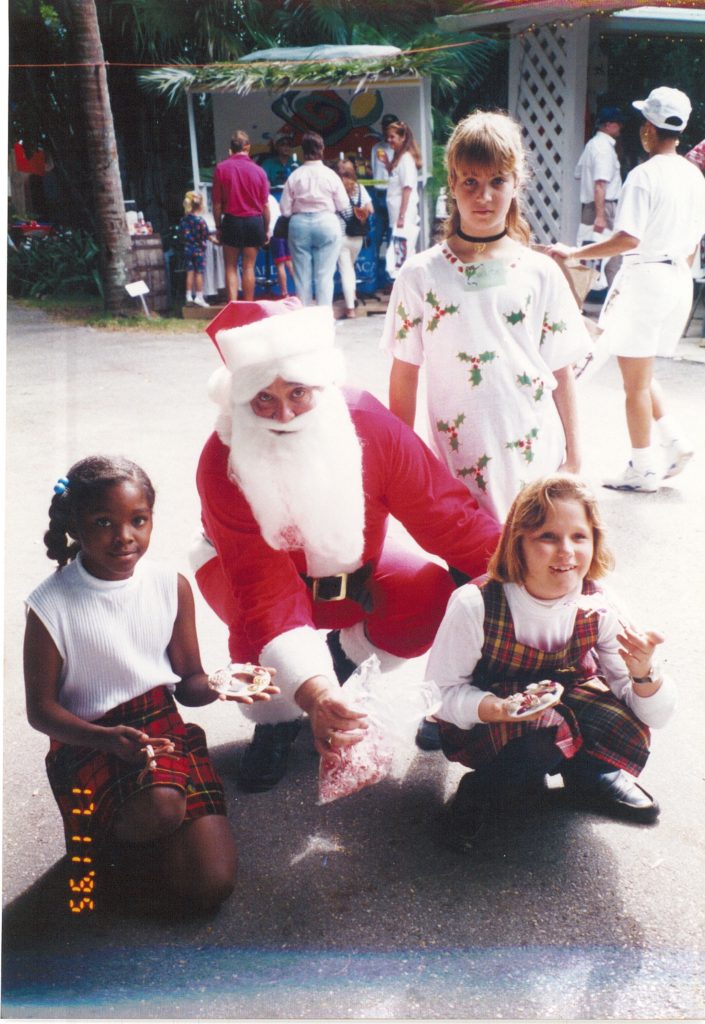 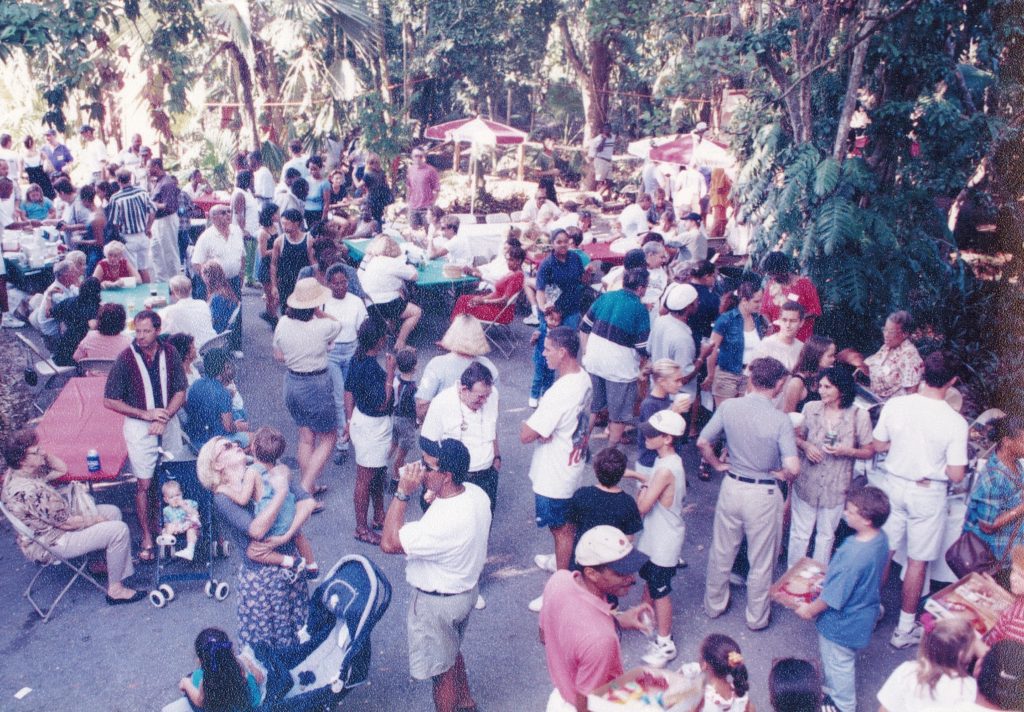 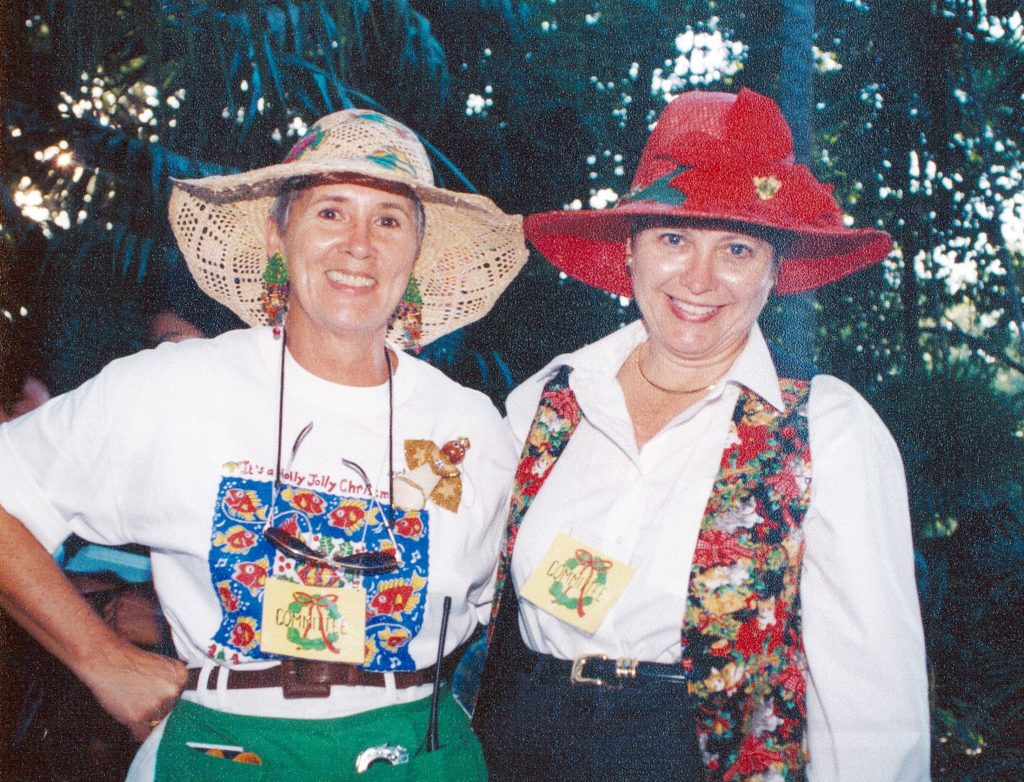 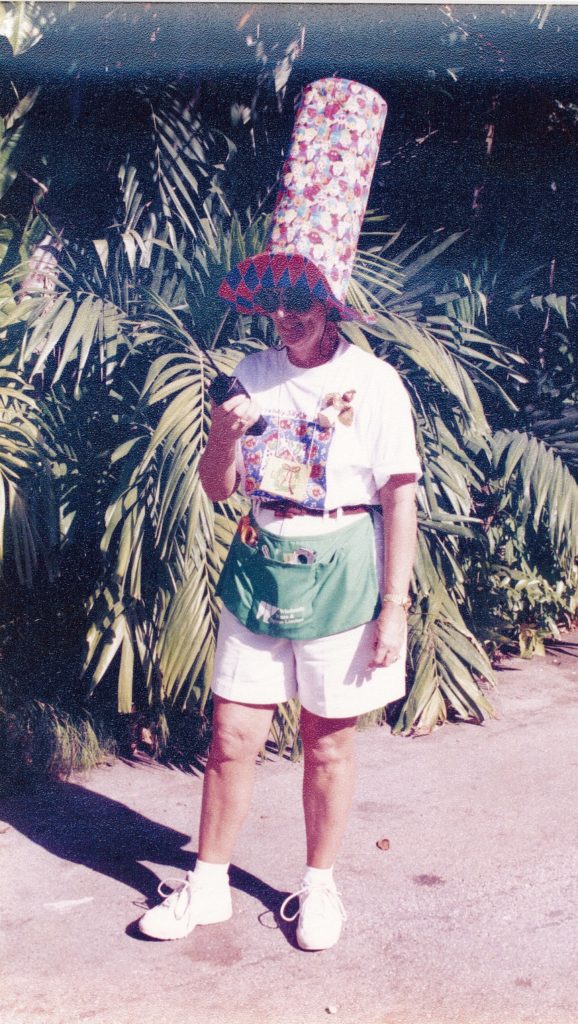 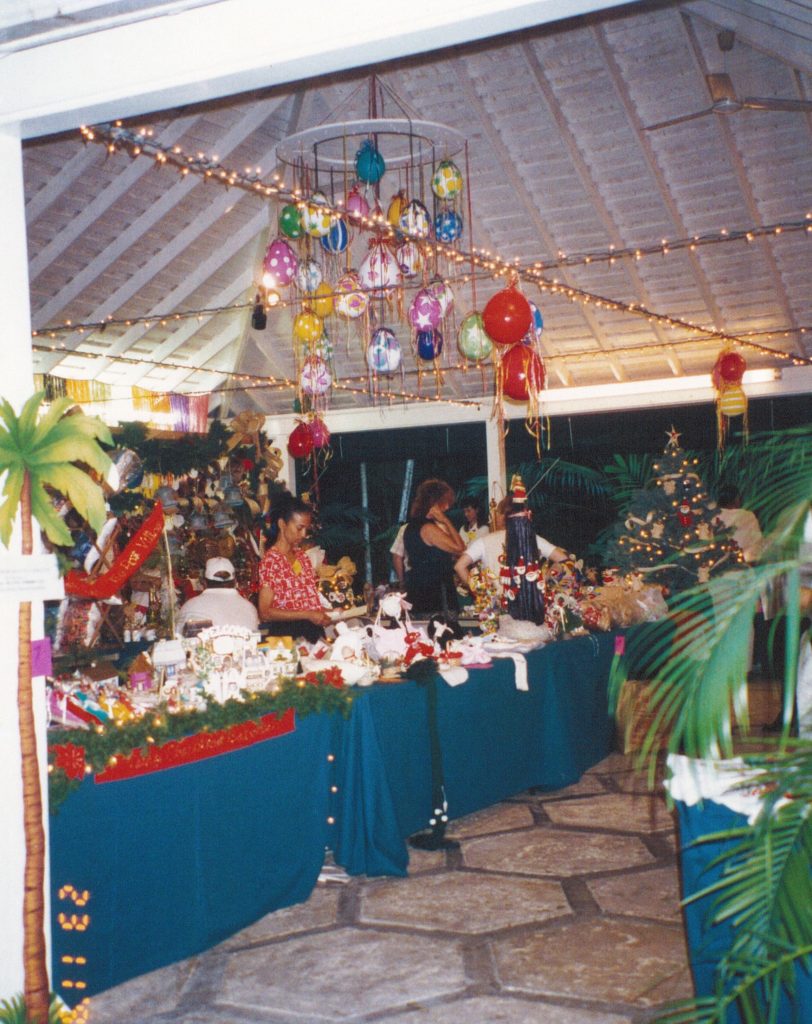 In 2008 the economic downturn affected our sponsors. Cacique International who had been a wonderful and true partner in every sense, had to withdraw as our members evening sponsor and Bristol also had to cut back on some of the support they provided for the event. However, we continued to move forward and adapt.  We wanted to keep our members’ evening but finding a sponsor for the food for the evening proved challenging and three years ago we decided to invite our food vendors to serve food on the Friday night with Bristol generously continuing to provide holiday sprits for the evening.  Caribbean Bottling came on at this time as a sponsor supporting membership in the BNT providing a special gift for all new and renewing members on the Friday Evening. 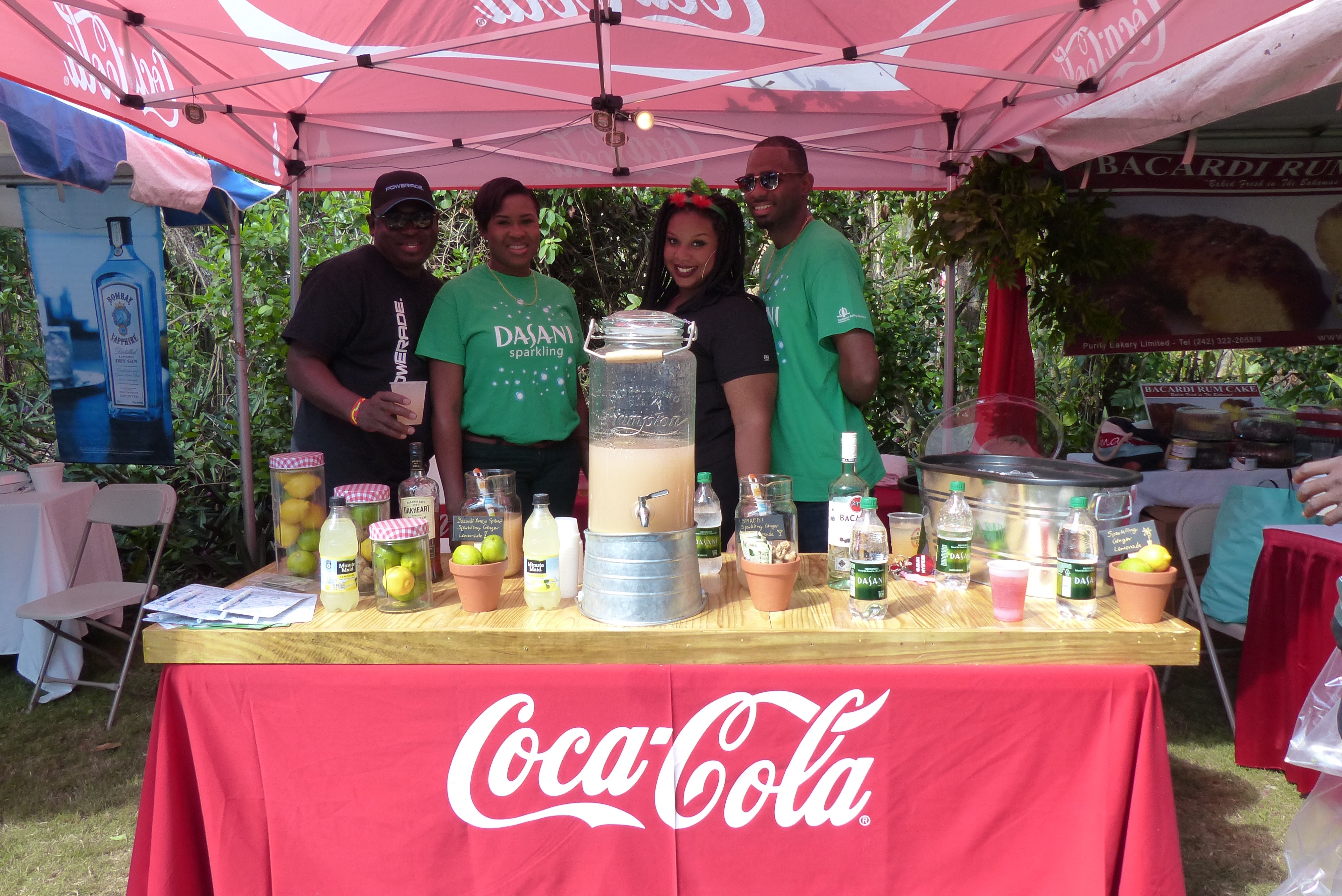 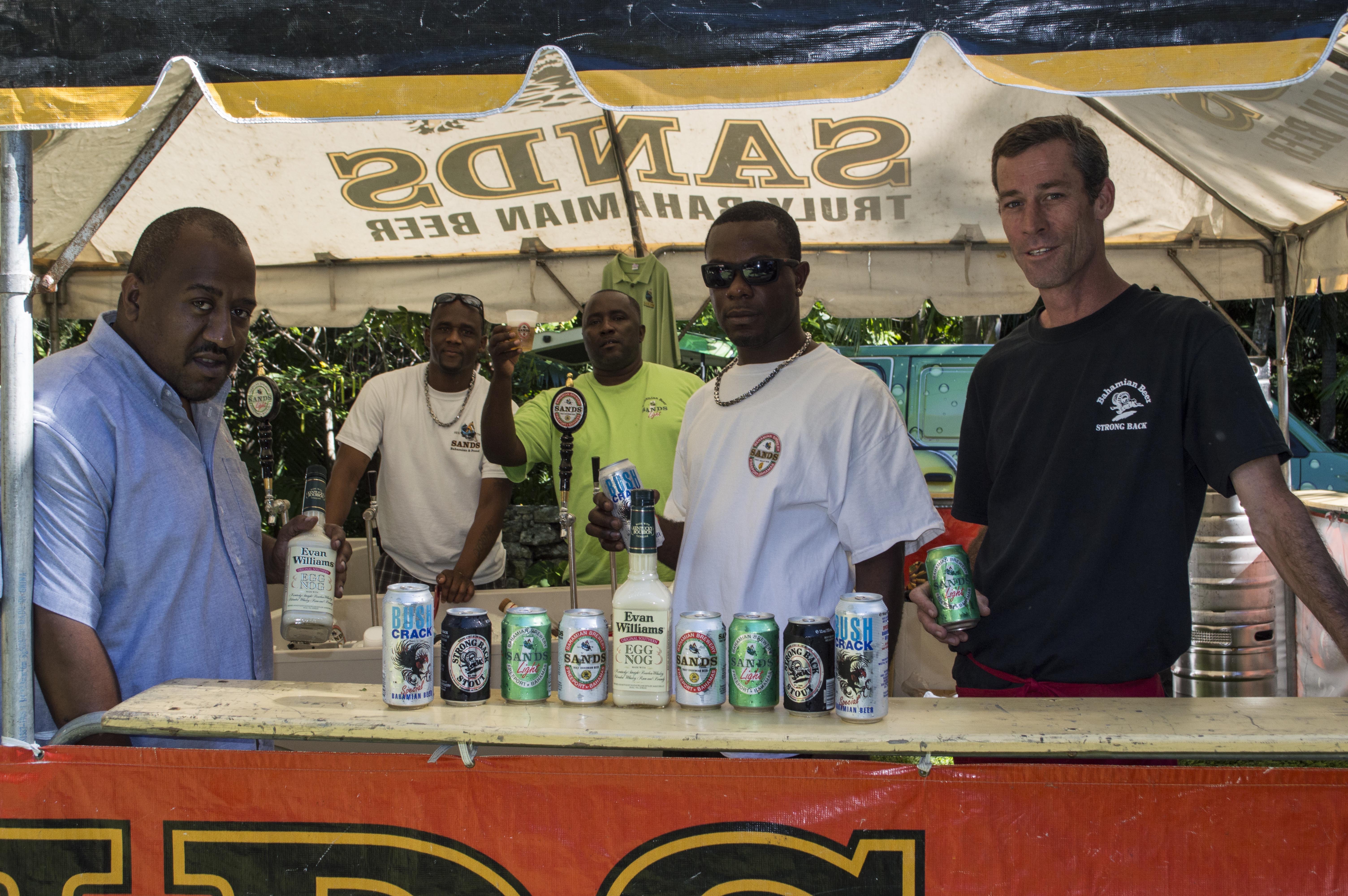 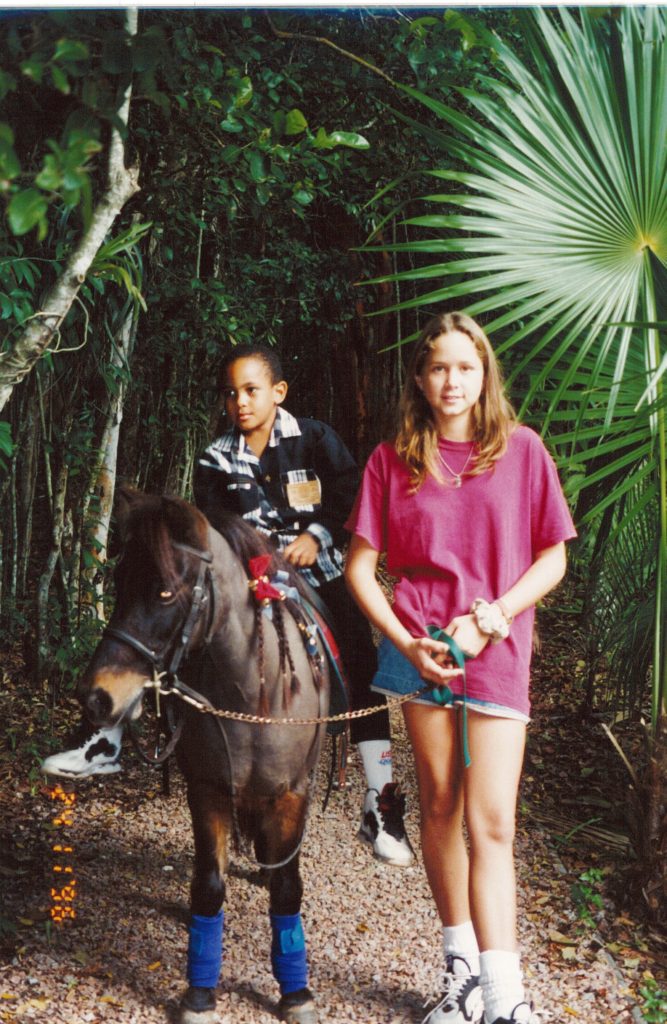 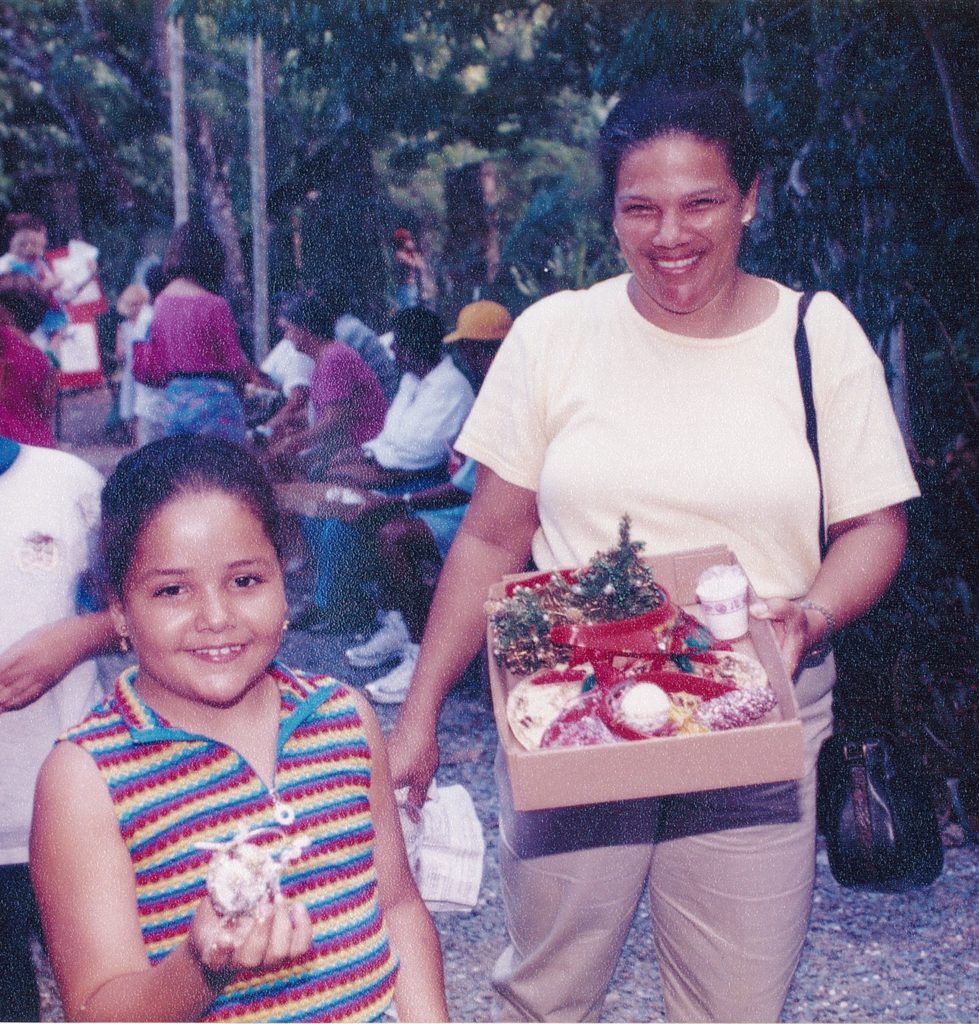 Bahamian Brewery joined the Jollification in 2009 providing their new beers to compliment Bristol’s holiday spirits.  It was also around this time that organizers decided to create a special area for the “Holiday Spirits” in order to preserve the family atmosphere. The Mistletoe Lounge was created in the Pergola Area and the Bluebird Children’s Crafts area moved to the front of the property and was expanded.  Asa H. Pritchard has been the sponsor for the Children’s Crafts area for over 20 years recently adding to their support by providing a Junkanoo Rush Out on the Sunday evening to truly usher in the Christmas Season. The Children’s Crafts area is now coordinated by the BNT’s Education Office with the assistance of volunteers who help create the crafts and work at the weekend event helping 100’s of children create their annual Christmas Crafts. 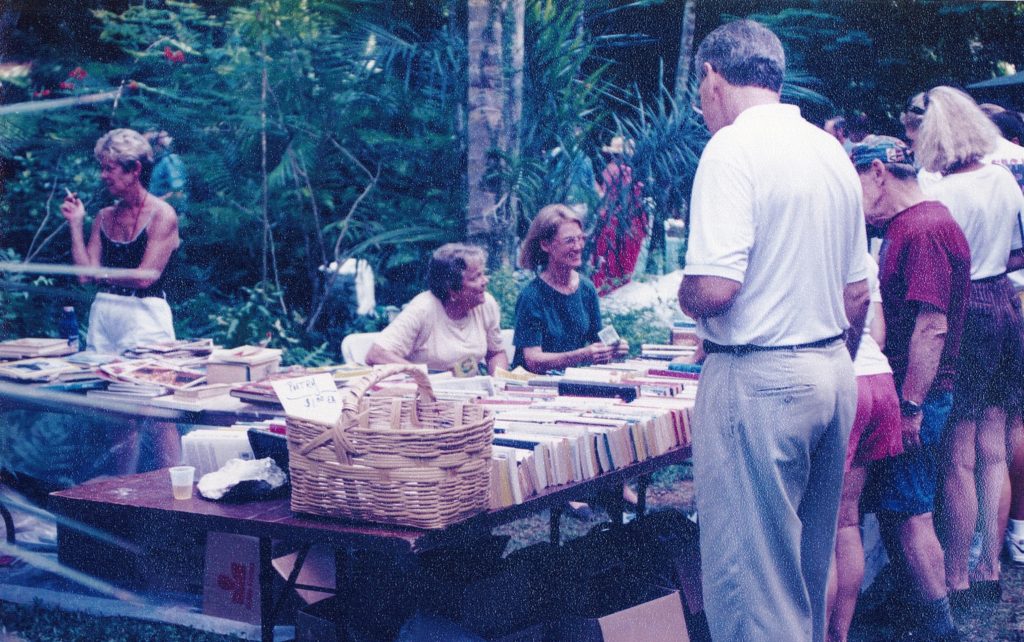 How can you have a fund raiser to support a garden without selling plants.  The Jollification Plant area has always been popular.  In the early days, Tall Pines Nursery kicked off the holiday season by selling beautiful Poinsettias and while they no longer exhibit we remember their amazing selection of these symbolic Christmas flowers.  Flamingo Nurseries, Garden of Edem, the Potting Shed have been long time participants in the area with a beautiful selection of plants.  Two years ago the Plant Ladies joined with a selection of unusual and interesting plants and trees.  These avid horticulturists  with green thumbs have been a popular addition to this special area and we encourage you to visit their booth this year. 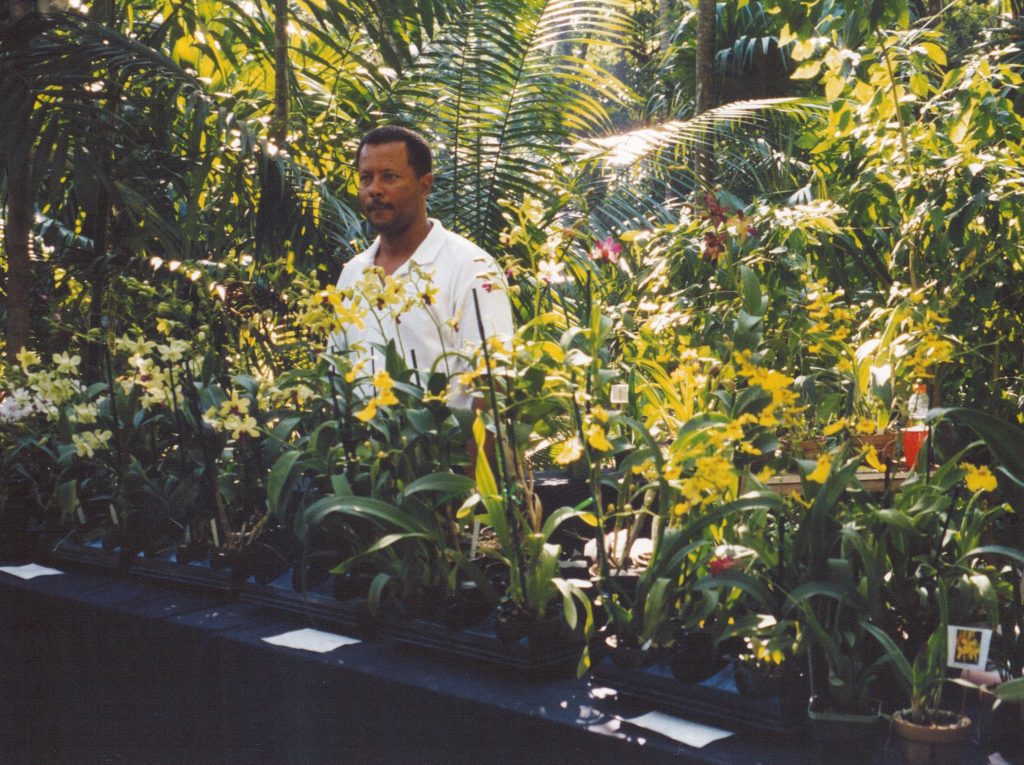 Having said all of the above, the partnership with Commonwealth Bank as a major sponsor for the Jollification has been the most transformative.  Not only does the bank provide financial support for the event but over 150 Bank Employees volunteer –  selling tickets, running the front gate and handling all of the banking for the event.  It had become more and more difficult to find enough volunteers to run an event the size of Jollification.  Commonwealth Bank came along at just the right time and we are so glad that they did.  Another change for the weekend event was the need to increase security to ensure the safety of our patrons, and Summit Insurance became a sponsor several years ago providing the financial support needed to increase security. 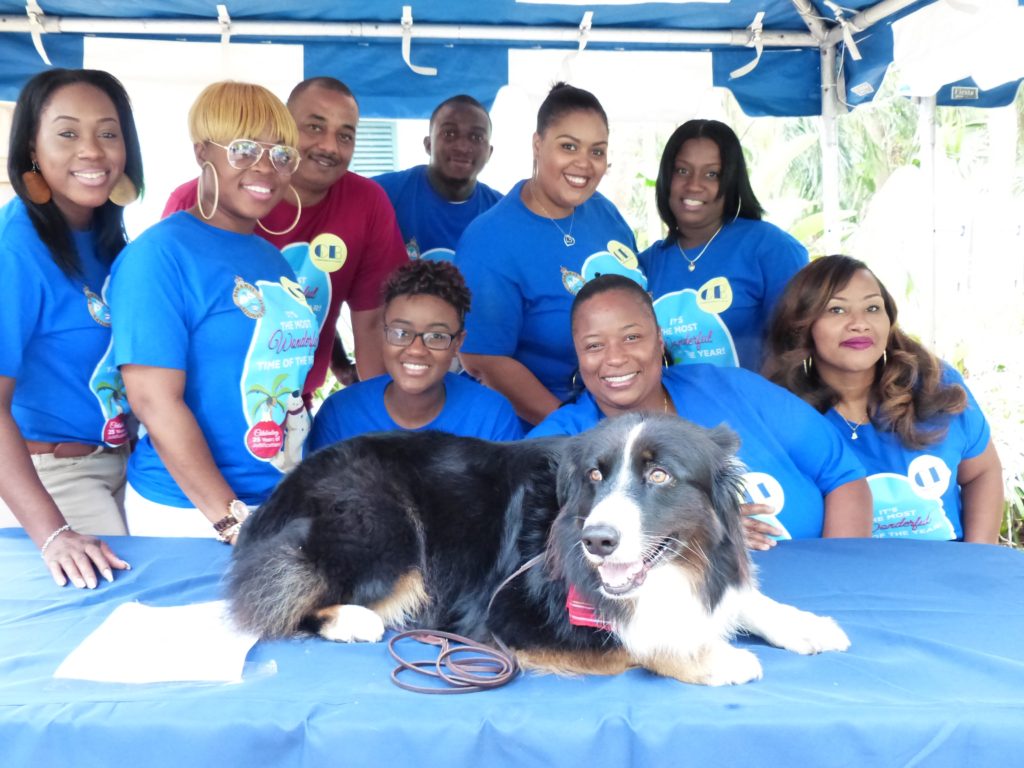 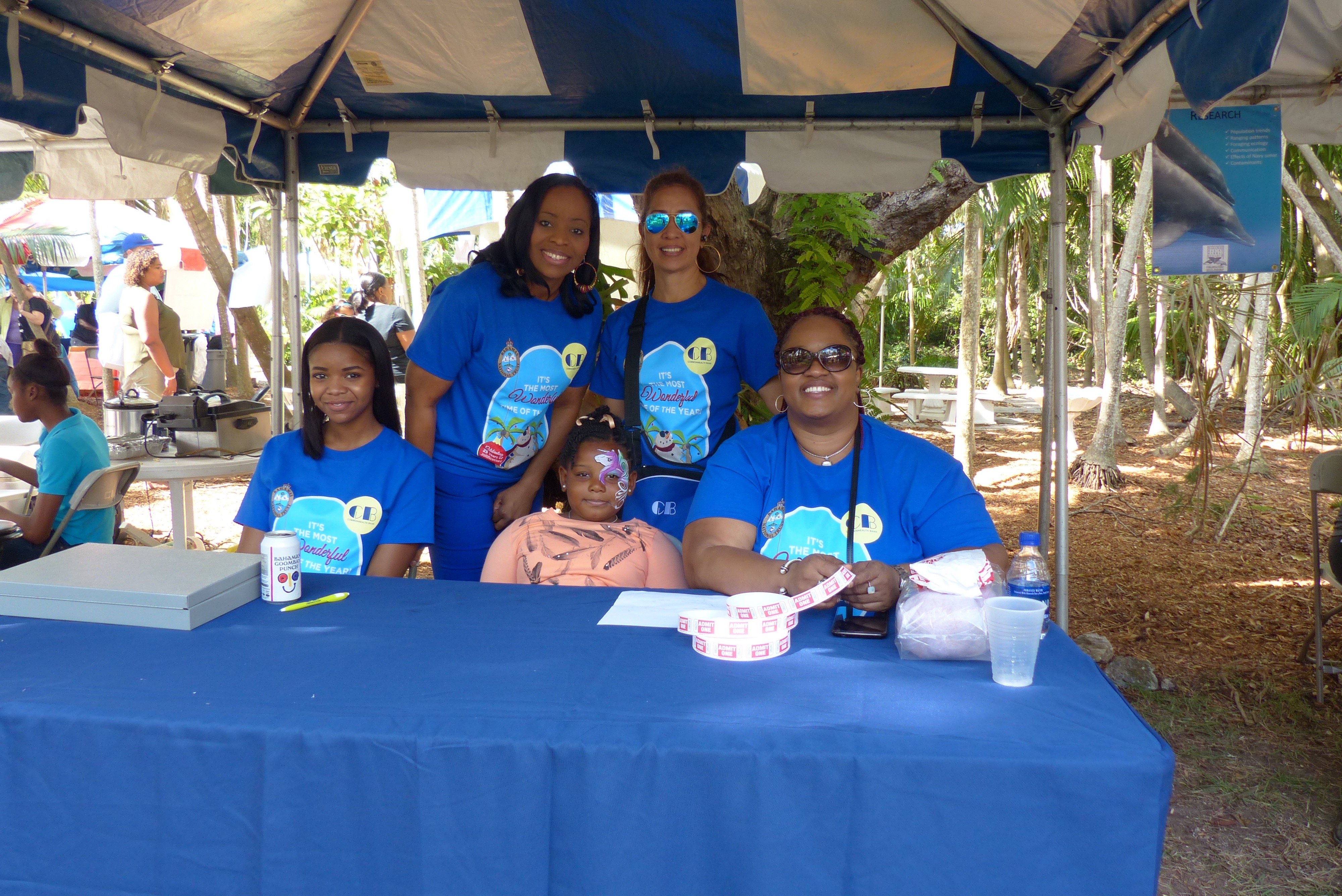 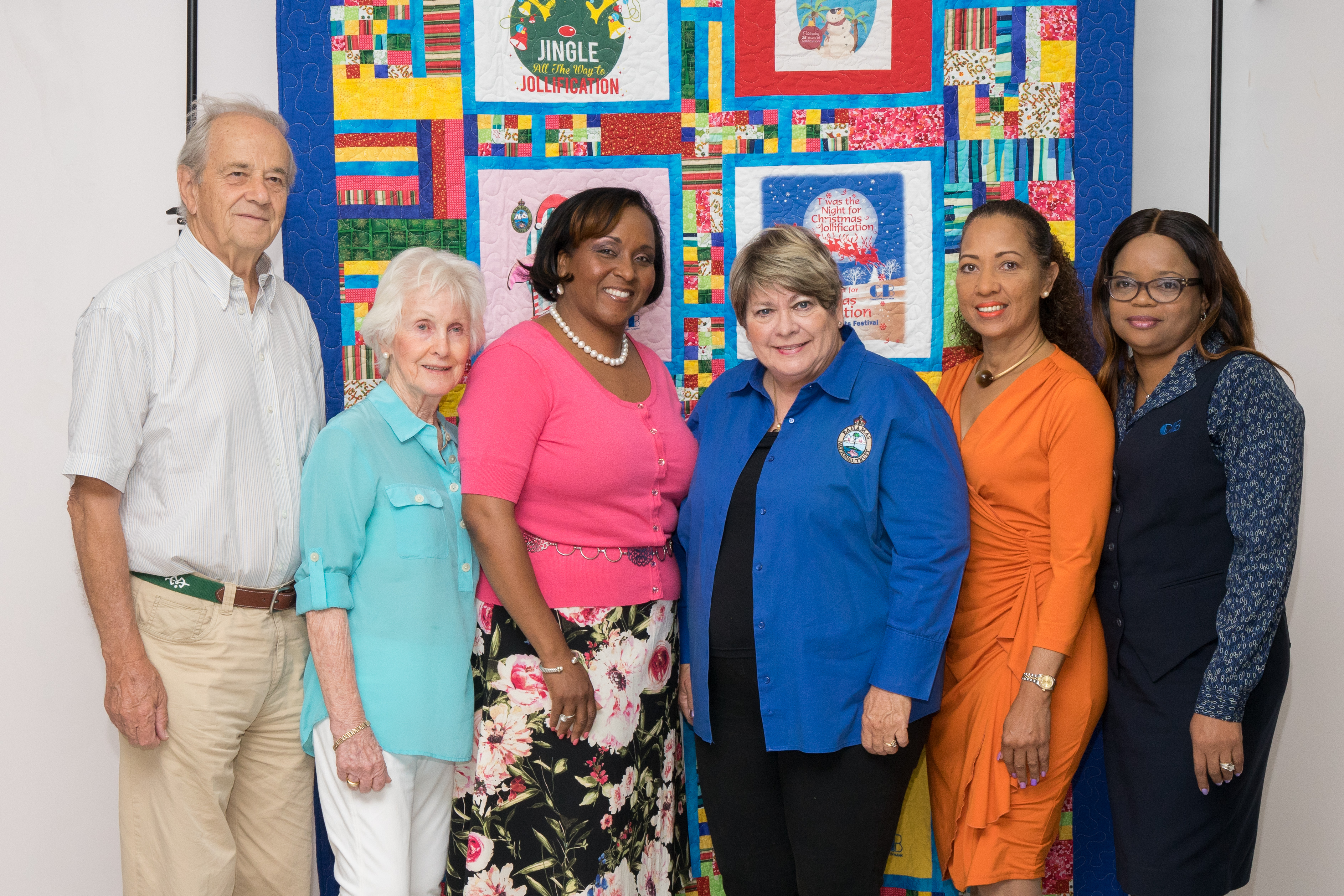 BNT presented Commonwealth Bank with the Commemorative Jollification Quilt designed and made by Sally Varani Jones and Robine Symonette. 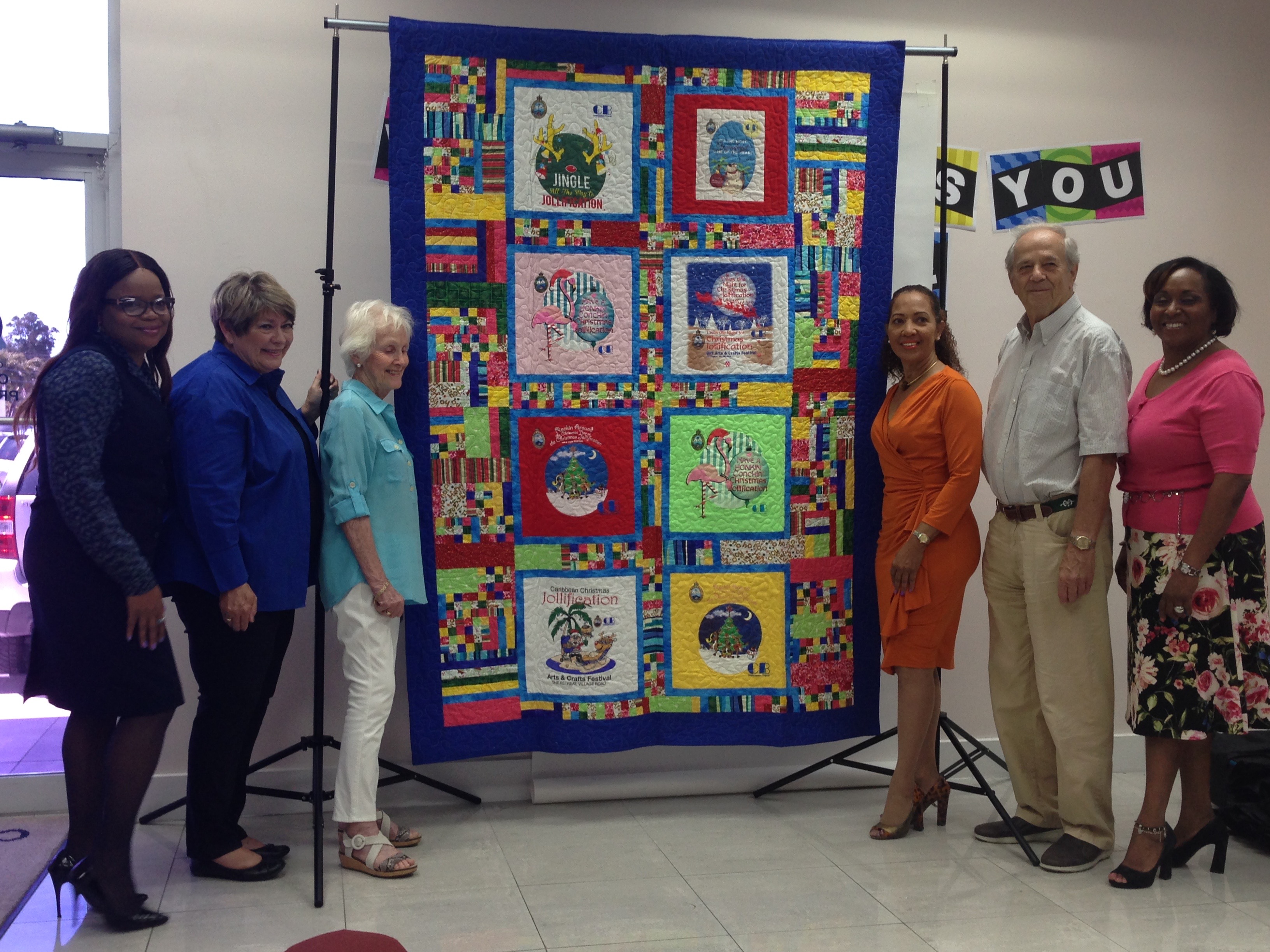 In celebration of its 25th Anniversary in 2016, the Jollification Committee presented Commonwealth Bank with a commemorative quilt made from Jollification T-Shirts made by Sally Varani Jones and Robin Symonette.

And so Jollification continues to grow and expand.  This year Queen’s College approached us with the idea of adding a Jollification Annex in a lovely lawn area on the school’s property.  We are excited to partner with our neighbors across the street and to provide an opportunity for more artisans to display their crafts.

Jollification is a major fundraiser for the Retreat Garden raising over $75,000 annually to support the garden.  This is due in no small part to our loyal sponsors and our loyal vendors whose talent and creativity help make the show a success.  It is an outdoor event and we do our best to provide protection from inclement weather for our vendors but rain is our enemy.  About 4 years ago, the Saturday Jollification was totally rained out.  It poured all day, we closed up and went home.  Sunday dawned beautiful and sunny and our attendance that day almost reached 2 day numbers, and that is when I realized what is meant by event loyalty.  I was humbled beyond belief that so many people turned out to enjoy and support the event on the Sunday.

I was at an event recently and my lunch companion found out that I worked at the BNT and he immediately said “I love the Jollification, its my favorite event of the year!”  Intrigued, I asked him why and he said it has a great atmosphere and that he saw friends at Jollification that he was able to reconnect with after not seeing them for several years.  He then stopped and said “and it is in that beautiful garden – no other event has such a great location.”

I hope you have enjoyed this journey down memory lane and I will end here with a huge thank you to all of the previous Jollification  Chairpersons and Committees , our sponsors and a reminder to all that love Jollification that your patronage  for the event supports a very special national park – The Retreat Garden, we thank all of you who love the event and look forward to seeing you on November 18 & 19th for Jollification 2017. 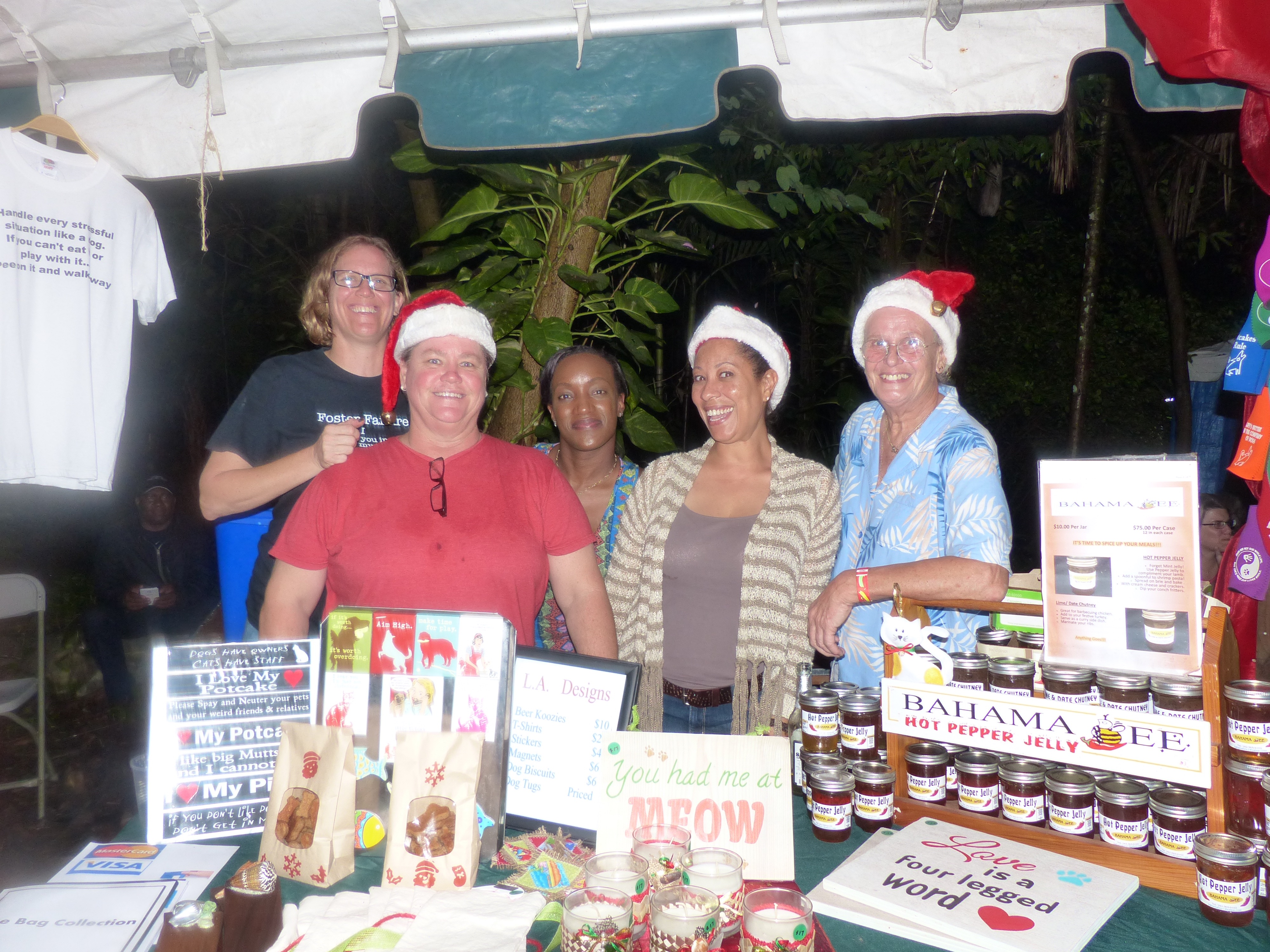 LA Designs is a charter member of the Jolly Market.