What you need to know...

The Abaco Parrot: Subterranean Amazons in The Bahamas

by Giselle Dean, Science Officer for the Bahamas National Trust

One of my most cherished memories is a trip that I took as a child to Abaco. During that trip, I learned how to fish, got to experience the pine forests, and visited some iconic Bahamian locations such as Marsh Harbour and the Hope Town Lighthouse. Being the animal lover that I am, my favourite parts were fishing, but also getting my first look at a very special bird, the Abaco Parrot. It was not until much, much later that I would realize that this was probably my first experience in a National Park, but I do know that that experience had a lifelong effect on me. 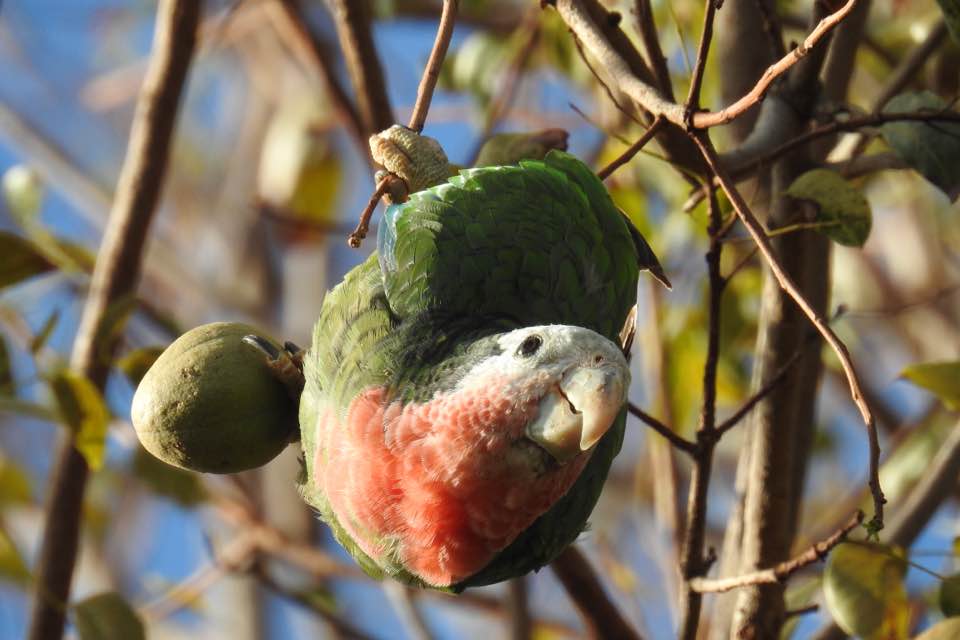 The Bahama Parrot, Amazona leucocephala bahamensis is a subspecies of the Cuban Amazon (also known as the Cuban or Rose-throated Parrot), Amazona leucocephala (lit. white-headed Amazon). It is the only species of native parrot found in The Bahamas, and its green body and loud screeching make the Bahama Parrot very recognizable to those who are lucky enough see it. Previously found on several islands in The Bahamas, there are now only two populations of Bahama Parrot, which are found on Abaco and Inagua, and a very small third population of about 10 estimated individuals existing on New Providence. The Bahama Parrot is threatened by habitat loss and the illegal pet trade, and it is estimated that only about 10,000 of these birds are left in the country. 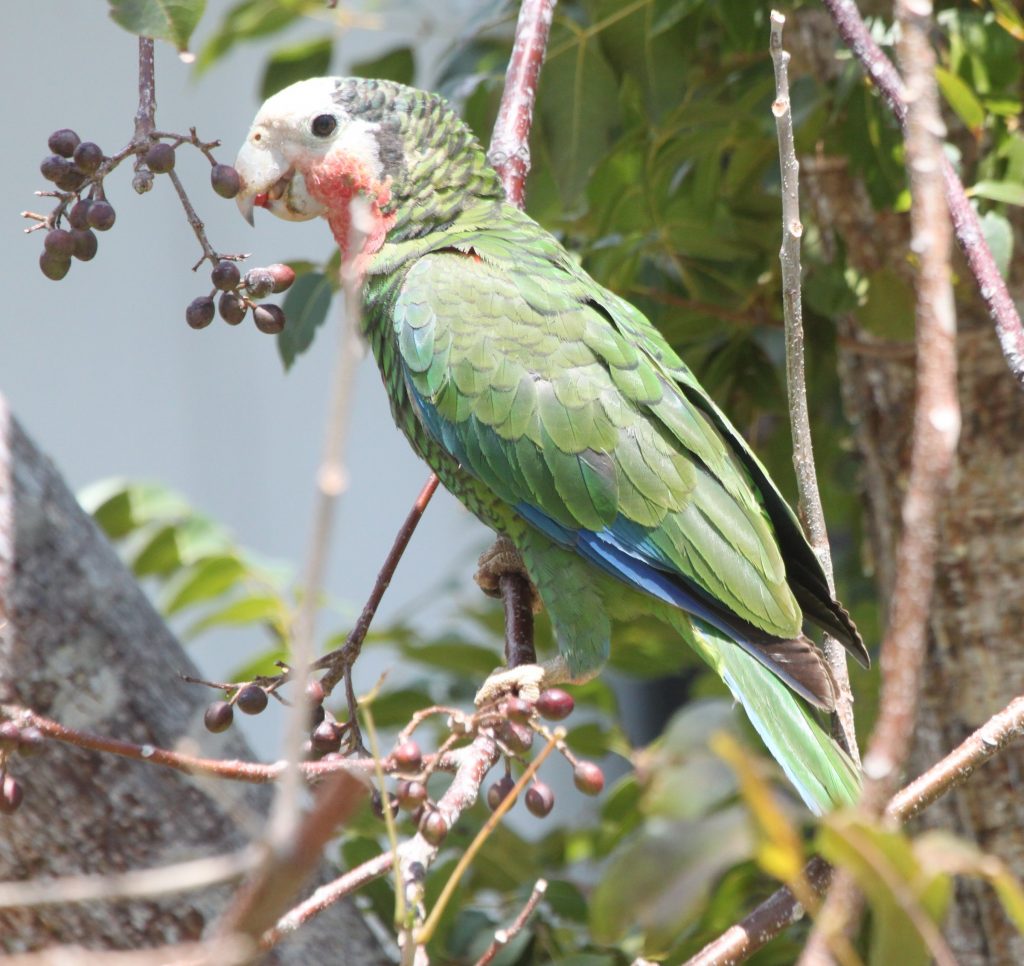 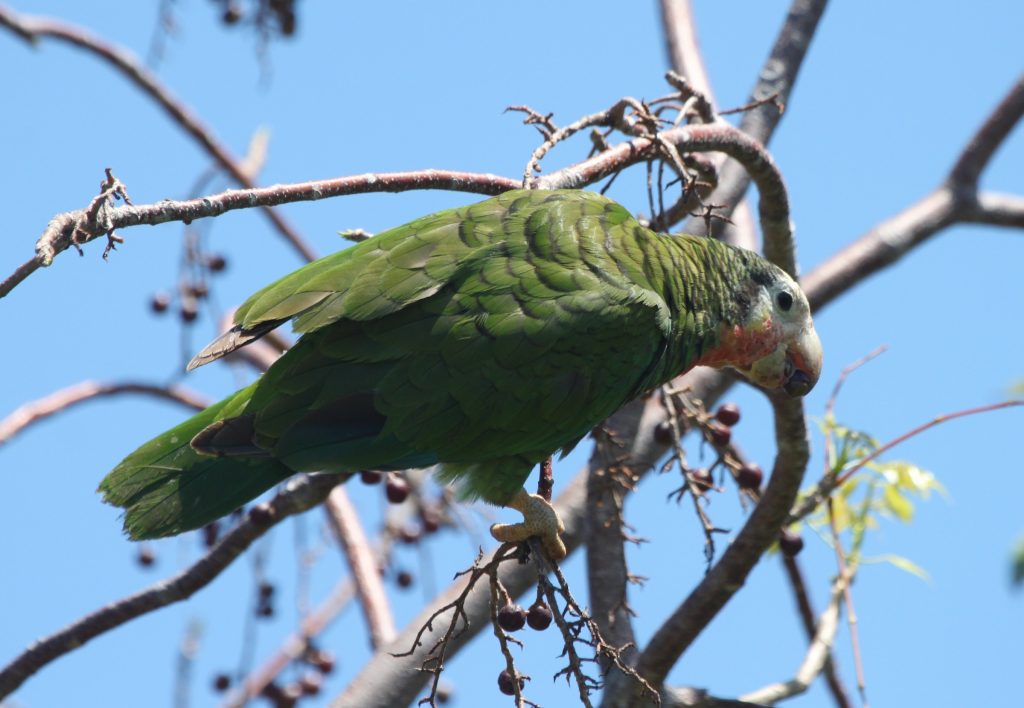 You may be asking, why does the Abaco Parrot nest in holes? Well, there are several suggested reasons for this; being underground may protect them from the constant forest fires that happen within the pine forests, or they may just find it easier to find suitable cavities in the ground as opposed to the dense pine forests. However, the fact that they nest underground opens them up to new threats; predation by feral housecats and pigs is much more likely, and heavy rains can flood potholes, drowning unfledged chicks. Thankfully, the large majority of Abaco Parrots are protected within the Abaco National Park, which was specifically designated to protect these beautiful birds. Their population is estimated to be stable at around 4,000 birds due to the work of the Bahamas National Trust. 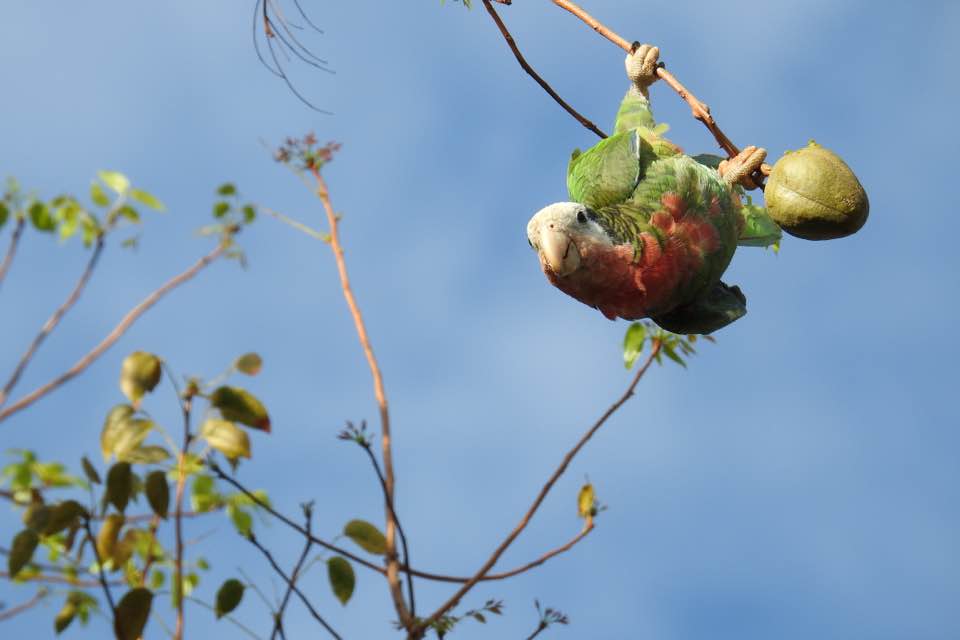 If you would like to learn more about these parrots, please visit www.bnt.bs. If you are interested in becoming a part of our Bahama Parrots of Nassau Locator Facebook Page, on which you can report sightings of the New Providence population of Bahama Parrots, please follow THIS LINK. 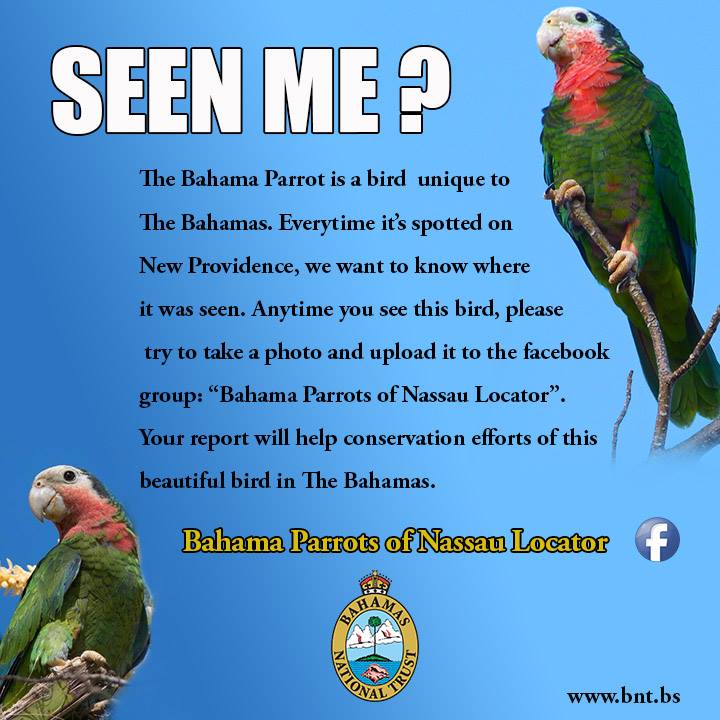