As the BNT celebrates its 60th Anniversary we are taking the opportunity to bring you stories of past projects.  An important BNT project which garnered tremendous public support was The Adelaide Creek Restoration Project.

The Adelaide Creek Restoration Project was carried out in 1990.  The restoration area covers an area of some 2 sq. miles of tidal creek, and associated wetland in south western New Providence.  It is a story that captured the imagination of the Bahamian public and has inspired other wetland restoration projects throughout the wider Caribbean.

Historically the creek has two entrances, but in 1926, during a hurricane, a ship was wrecked, permanently blocking the main entrance.  The Creek ran for about two miles along the inside of a beach ridge with a branch through a narrow channel inland to Corry Sound – forming a lake fed and drained by a tidal creek.  Over time, the creek was reclaimed for farmland and cut up by causeways; in 1989, the mouth was sealed off by a coastal groin.  The flow of water was restricted, the fish populations were in decline.  Garbage was being dumped by beach visitors and also by residents in the local village ( founded in 1832 by freed slaves).

In late 1989, Pericles Maillis, a member of the BNT Wildlife Committee of the BNT proposed the restoration of the creek as a grass roots project for the committee.  The proposal was approved and very quickly the Adelaide Creek Restoration Project Committee was formed with Mr. Maillis as chair. The committee composed of local dignitaries, engineers, hydrologists, and other experts, made the first site visit.  A public appeal letter was drafted recounting the history of the creek and describing the need for the restoration. A schedule of works was organized.  A public meeting to launch the project was held in the Adelaide Village School.  At this meeting, the Director of Fisheries, Mr. Colin Higgs, spoke to the importance of tidal creeks and the importance of mangroves as marine nurseries. Ms. Barbara Curtis of the Department of Environmental Health Services provided health education lectures because the Committee had decided to carry out a major clean-up of Adelaide Village, the creek edges and bring regular garbage collection to the village. 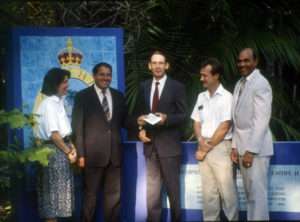 While the engineering and physical works were being initiated, more than 30 tons of garbage and 70 abandoned vehicles were removed from the Village and creek edges. Local residents of all ages and walks of life joined in the clean-up. 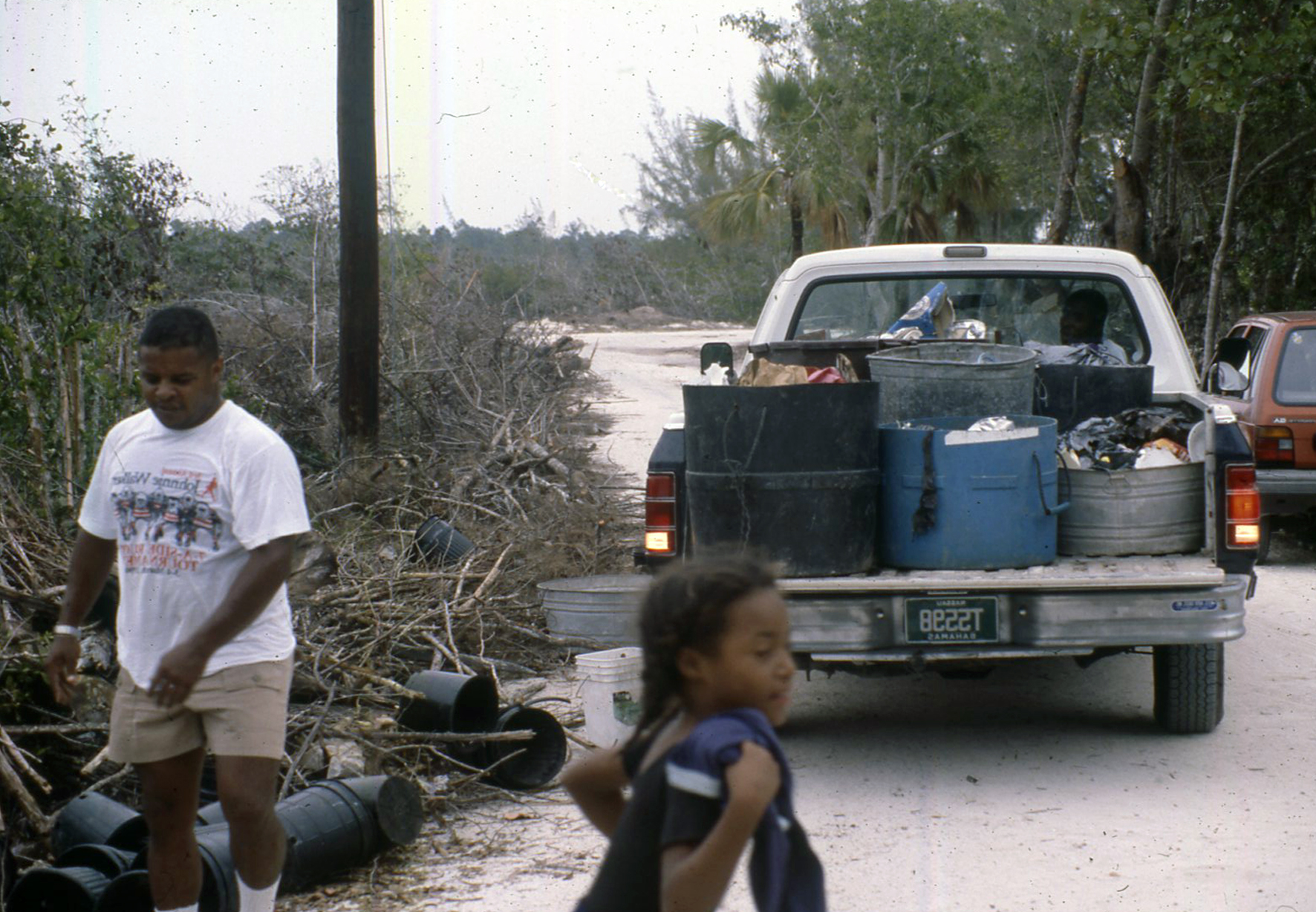 The project next needed heavy earth-moving machinery, but the committee lacked funding and the work was being done by hand by volunteers. Adelaide Villagers , College of the Bahamas ( now UB) and BNT Youth Members removed the Cory Sound Causeway reuniting the waters of the upper creek with the main creek.  The main bridge site was cleared.  The Media provided excellent coverage of the project and as a result, a groundswell of popular support began to grow. The Local member of Parliament, the Hon. Frank Watson ( became Deputy Prime Minister) helped move rocks from another interval causeway. 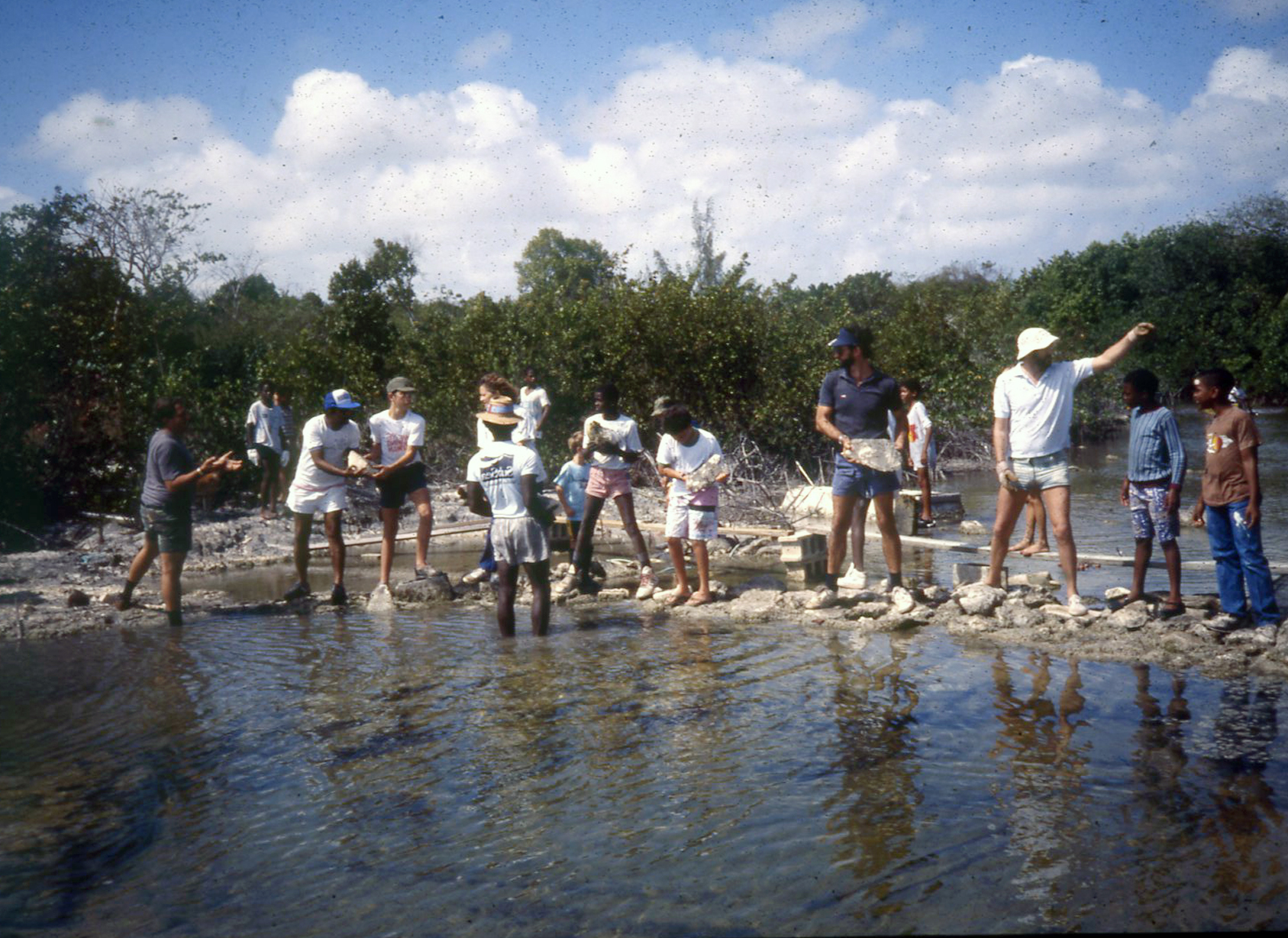 The bucket brigade removing debris from the creek.

Soon a local chicken farm lent a mechanical backhoe to excavate a channel.  Fundraising efforts continued.  A distinguished local lawyer and a lumber company donated heavy timber to replace the bridge over the causeway channel, and a local marine engineering firm provided carpenters to build the bridge.  The committee specialists supervised the works- Mr. Tony Hing Cheong ( retired Surveyor General)  and local villagers did excellent voluntary work on building the bridge ramparts. Adults and children from all walks of life worked together to save the Creek. 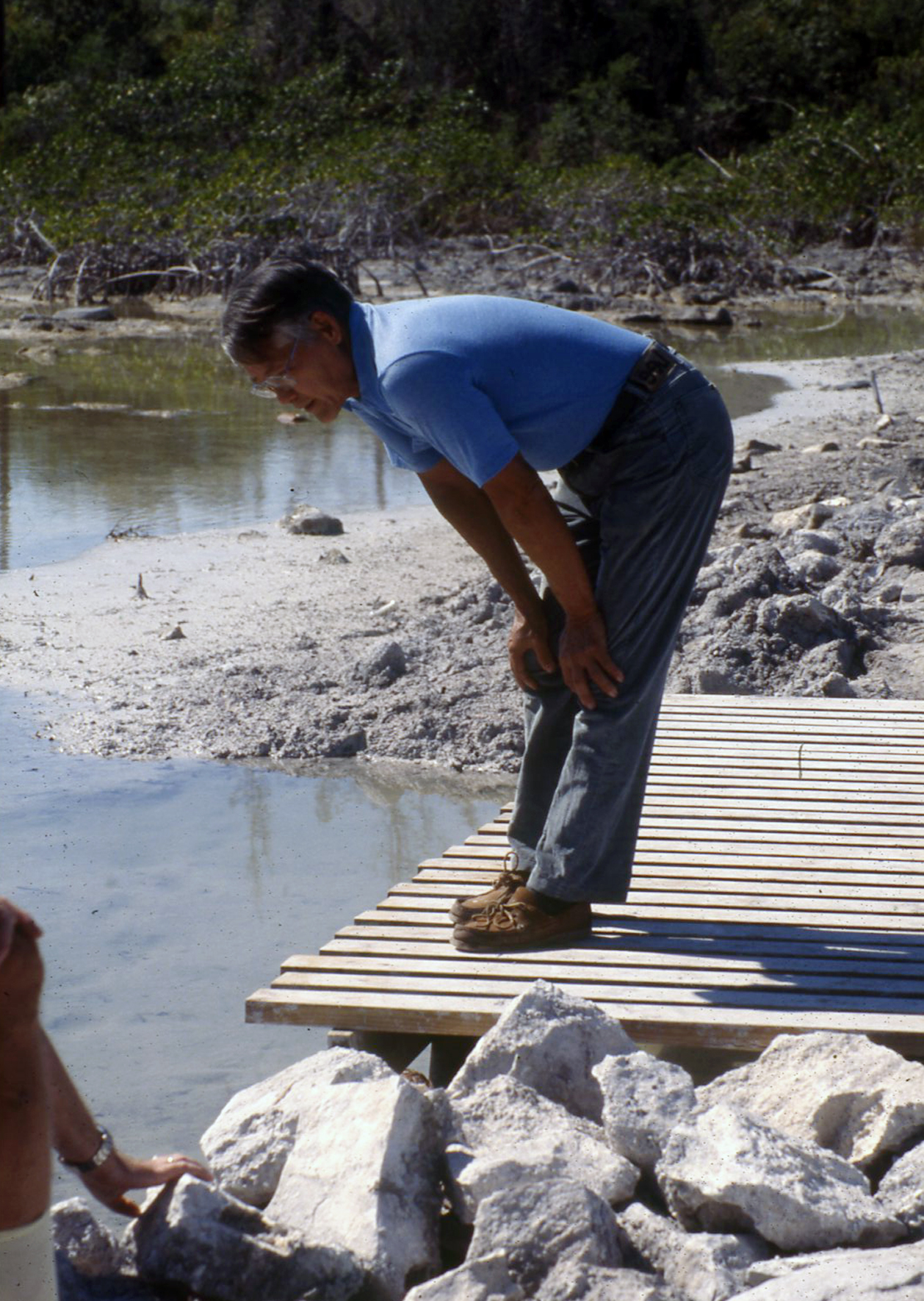 Fundraising efforts began to bear fruit.  Two associated insurance companies donated $5,000.00 because the project was so inspiring.  The Bahamas Marine Construction Company donated machinery and concrete for the main bridge.  A private engineer, George Cox, drew the structural plans for the bridge in consultation with other Ministry of Works engineers; the Commissioner of Police granted permission to block the main road across the Creek to the Beach,  the Water and Sewerage authorities agreed to disconnect water flow while construction was underway. 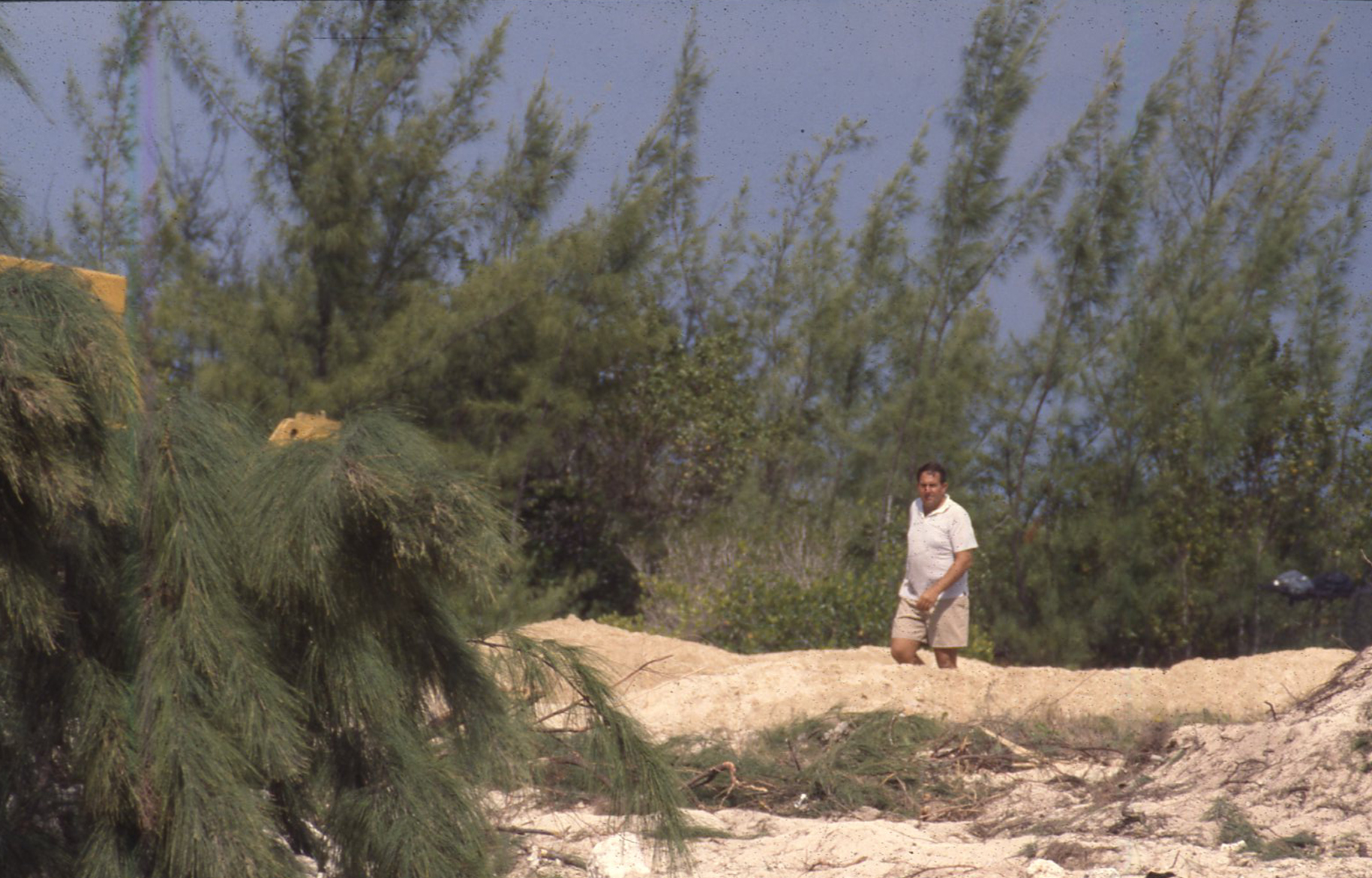 Removing Casuarinas from the Beach ridge.

At the mouth of the Creek, the beach ridge was removed and hundreds of casuarinas ( invasive species ) were felled. The groin (600 feet long) had to be cut and partly pushed on to land and partly turned into an island. The Ministry of Health donated a large backhoe, another company leant a bobcat and the Ministry of Works donated gabions. During the day spectators gathered, but towards evening drifted away, and only the workers remained.  And then it happened – water from the sea met water in the creek again – the tide came up and water came rushing into the Adelaide Creek.  By evening the creek was flowing like the Mississippi River ( according to Mr. Maillis). 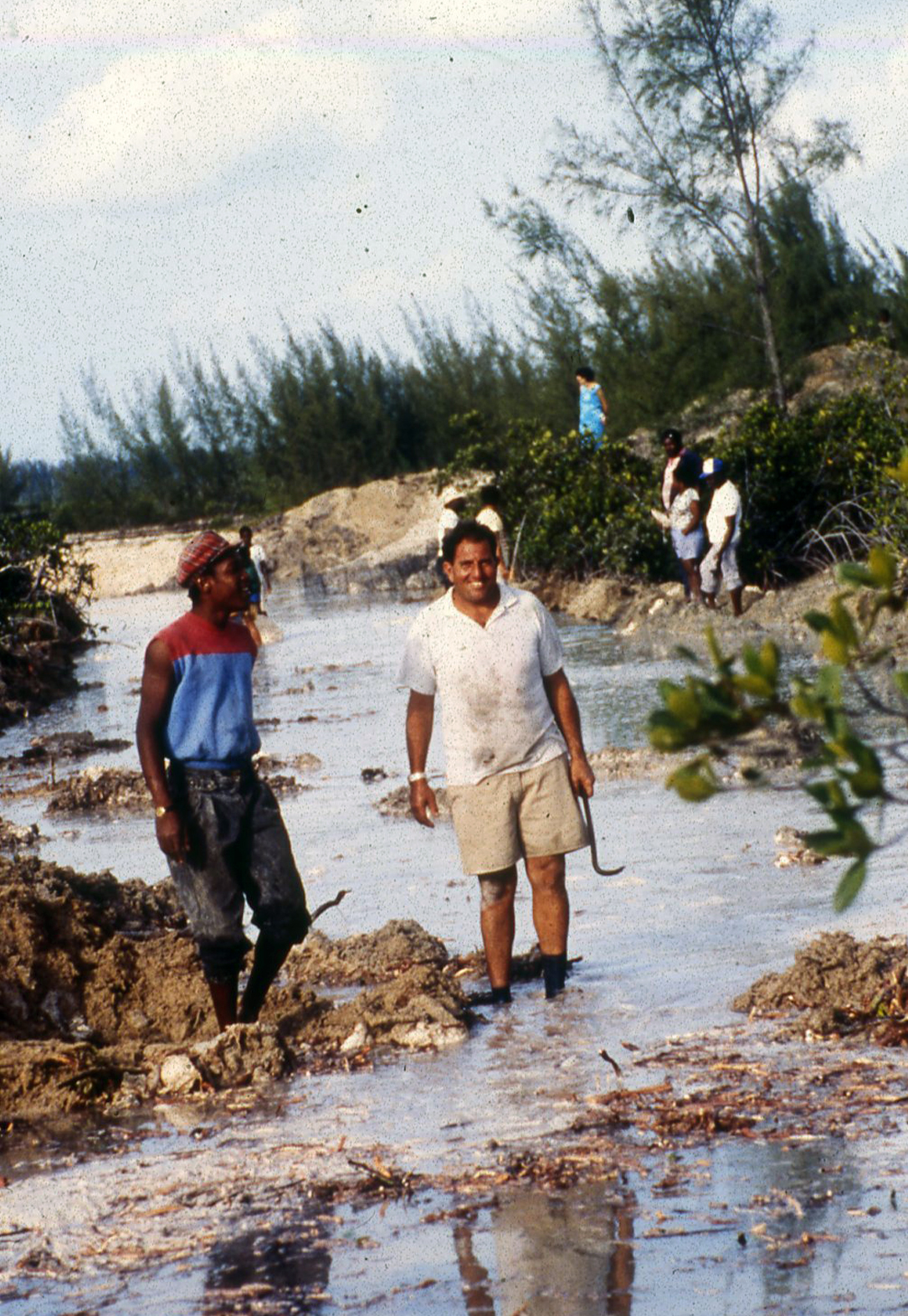 A ceremony to mark the completion of works was held and the Prime Minister released marine life into the restored creek system. Within days, crabs were seen using the creek, within weeks the fry of many fish species were evident.  A puppy Tiger Shark was even observed by villagers.  Today, children play and fish in the clear waters of the creek and in the winter, waterfowl, herons and egrets and shorebirds use the system.  The mangroves are regenerating and the residents of Adelaide Village are proud of the renewed creek system. 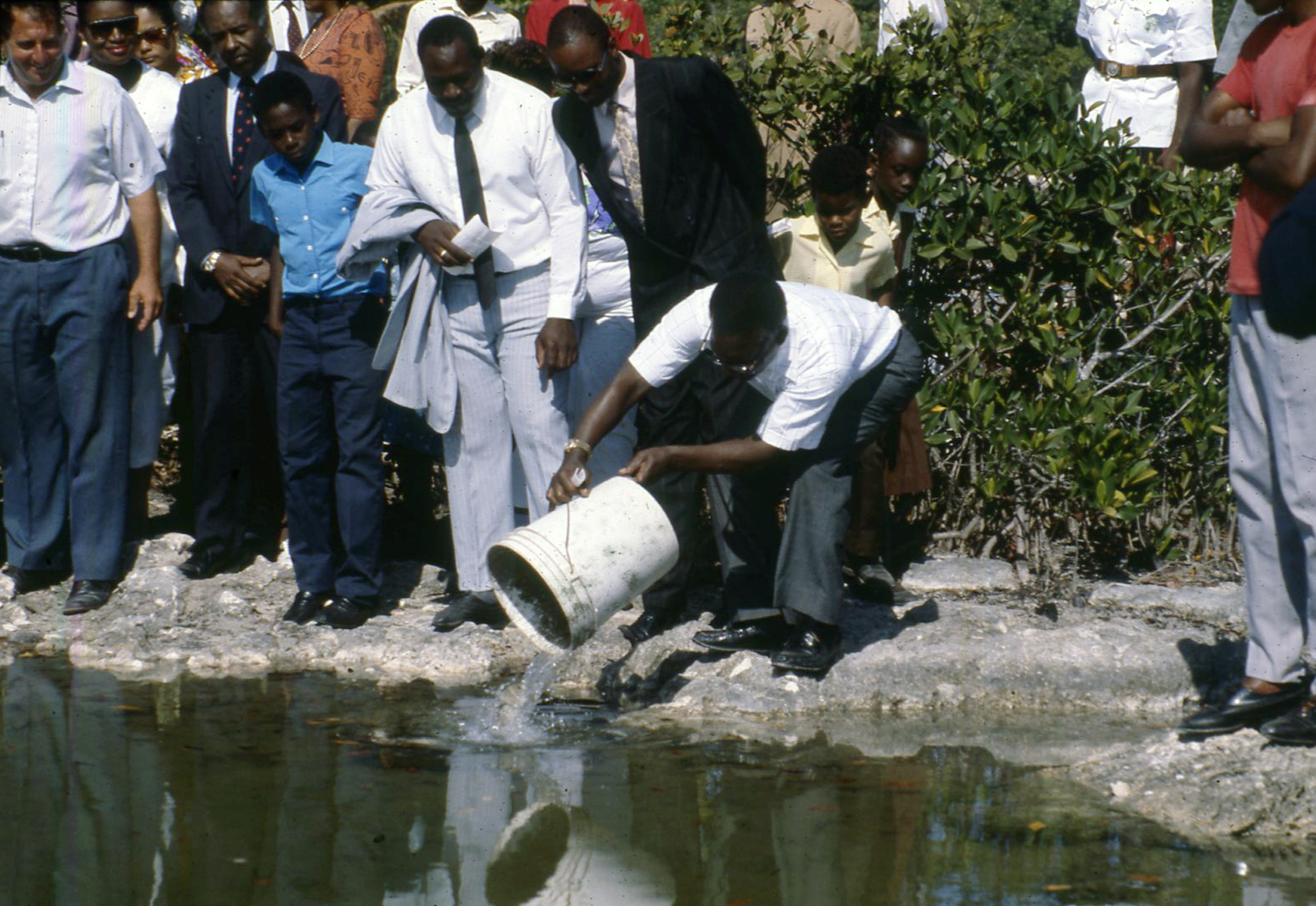