Andros West Side National Park : A Beacon of Hope for Sawfish

Sawfishes, shark -like rays with long toothed snouts, face greater risk of extinction than any other family of marine fish. The Bahamas and the United States may be the last remaining refuges  for the Critically Endangered Smalltooth Sawfish.

In 2017, the IUCN Shark Specialist Group identified the wider Caribbean region as one of four priority areas that could serve as “beacons of hope”  for  sawfish. In The Bahamas the Andros West Side National Park  is  critical to the survival of this endangered species 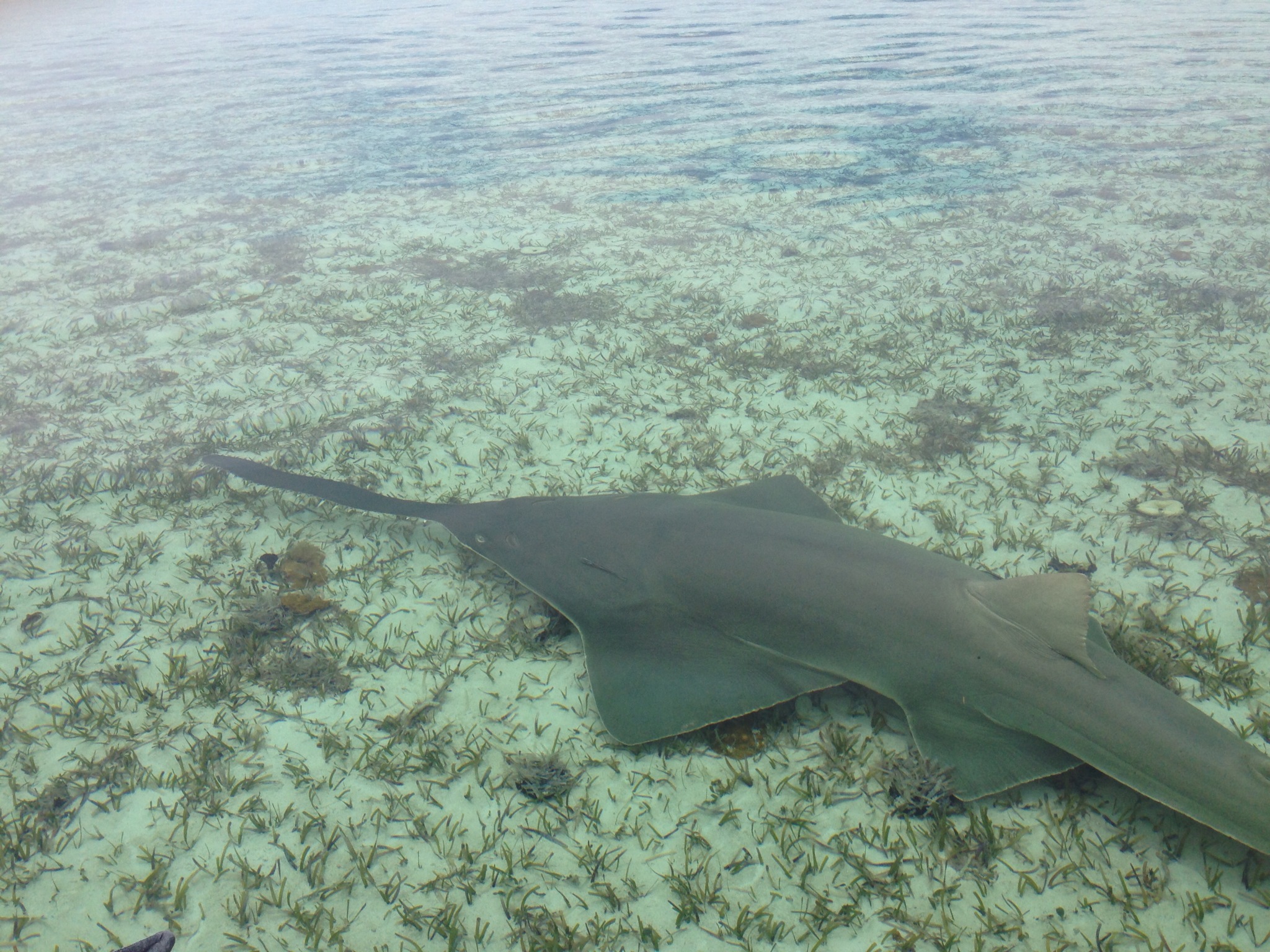 Smalltooth Sawfish are found in shallow nearshore waters, and are particularly associated  with mangroves and muddy sandy bottom.  Dr. Dean Grubbs, Florida State University Coastal and Marine Lab, has been conducting sawfish research on the west side of Andros since 2010.  To  date, Dr. Grubbs and his team  have made 13 expeditions to Andros, looking at  habitat use , site fidelity  and possible exchange between The Bahamas and Florida. They have tagged 8 Smalltooth Sawfish with satellite or acoustic transmitters.  In 2016 Dr. Grubbs and his team filmed the first sawfish birth in the wild in the Andros West Side National Park. 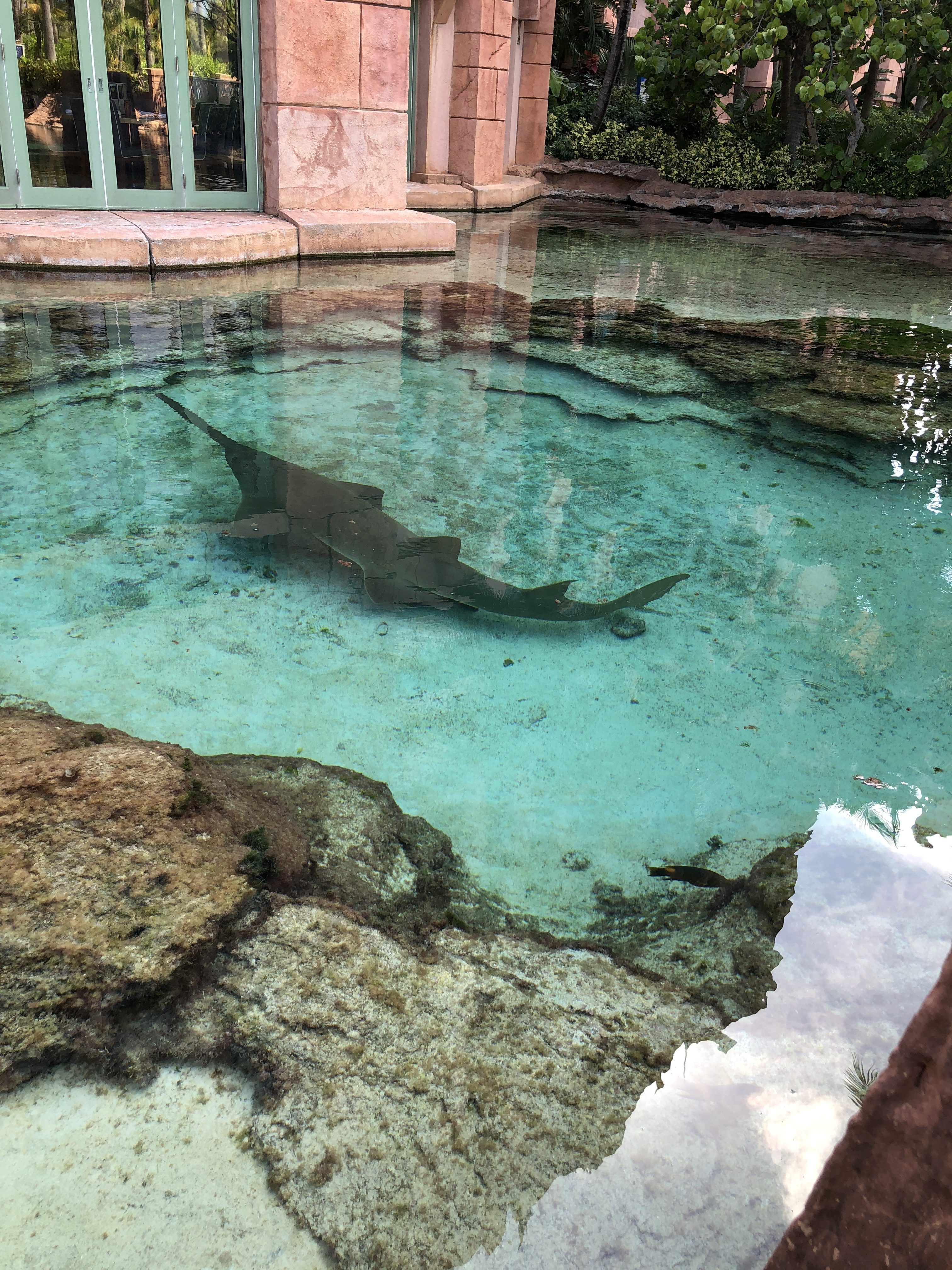 In April of 2012, Atlantis, Paradise Island, achieved a major milestone as the first and only facility in the world to have reproductive success of the smalltooth sawfish. Two male and two female pups were born at the facility.  With only 17 smalltooth sawfish in zoological facilities around the world and with wild populations in decline this was a critical first step in creating a sustainable managed population.  Atlantis continues  to help save this endangered species. The Atlantis Blue Project Foundation provided support for the expansion of the  Andros West Side National Park which was declared in 2002 and then expanded to protect 1.5 million acres of coastal marine habitat used by the sawfish  in 2012. 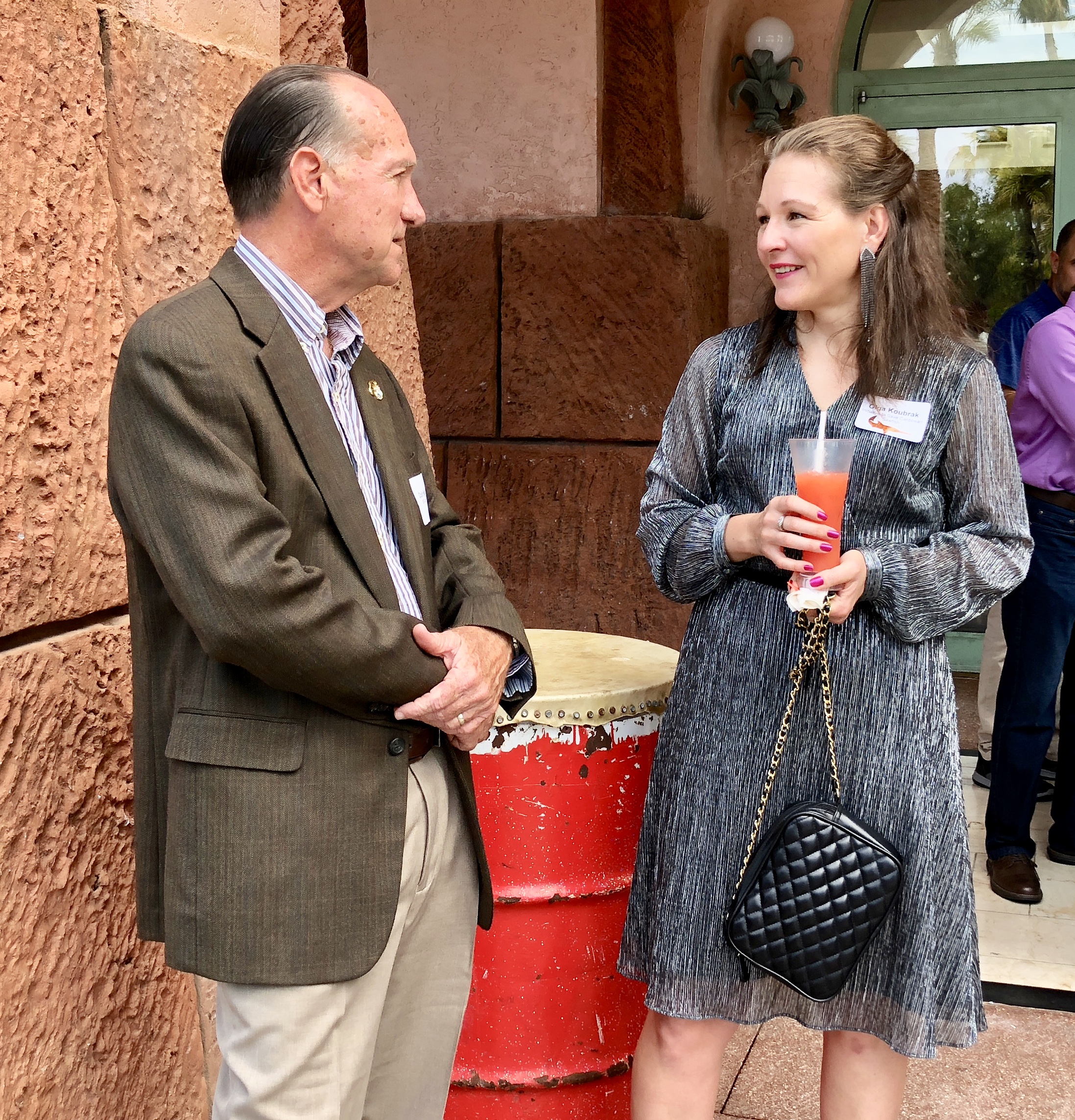 Current data suggests indicates that sawfish do not move between Florida and The Bahamas.  However, juvenile sawfish are likely resident in Andros but the research reveals frequent movement between Andros and Bimini for adult Sawfish.  Scientists believe that the west side of Andros is an important pupping and nursery area for sawfish and may be the only such area in The Bahamas making it critical to recovery efforts for this endangered species.

Recently the BNT, partnered with Atlantis  and the Initiative to Save Caribbean Sawfish  to  host a Sawfish Soiree. The event  brought together key conservation partners to inform and raise interest the endangered status of Smalltooth sawfish and the current regional research.  The BNT and its partners will be working with the Department of Marine Resources to implement strict protection for Sawfish in The Bahamas, foster a Bahamas- Cuba cooperation for sawfish research and protection and promote a Bahamas government partnership in the Western Central Atlantic Fishery Commission ( WECAFC ) sawfish side event in July 2019. 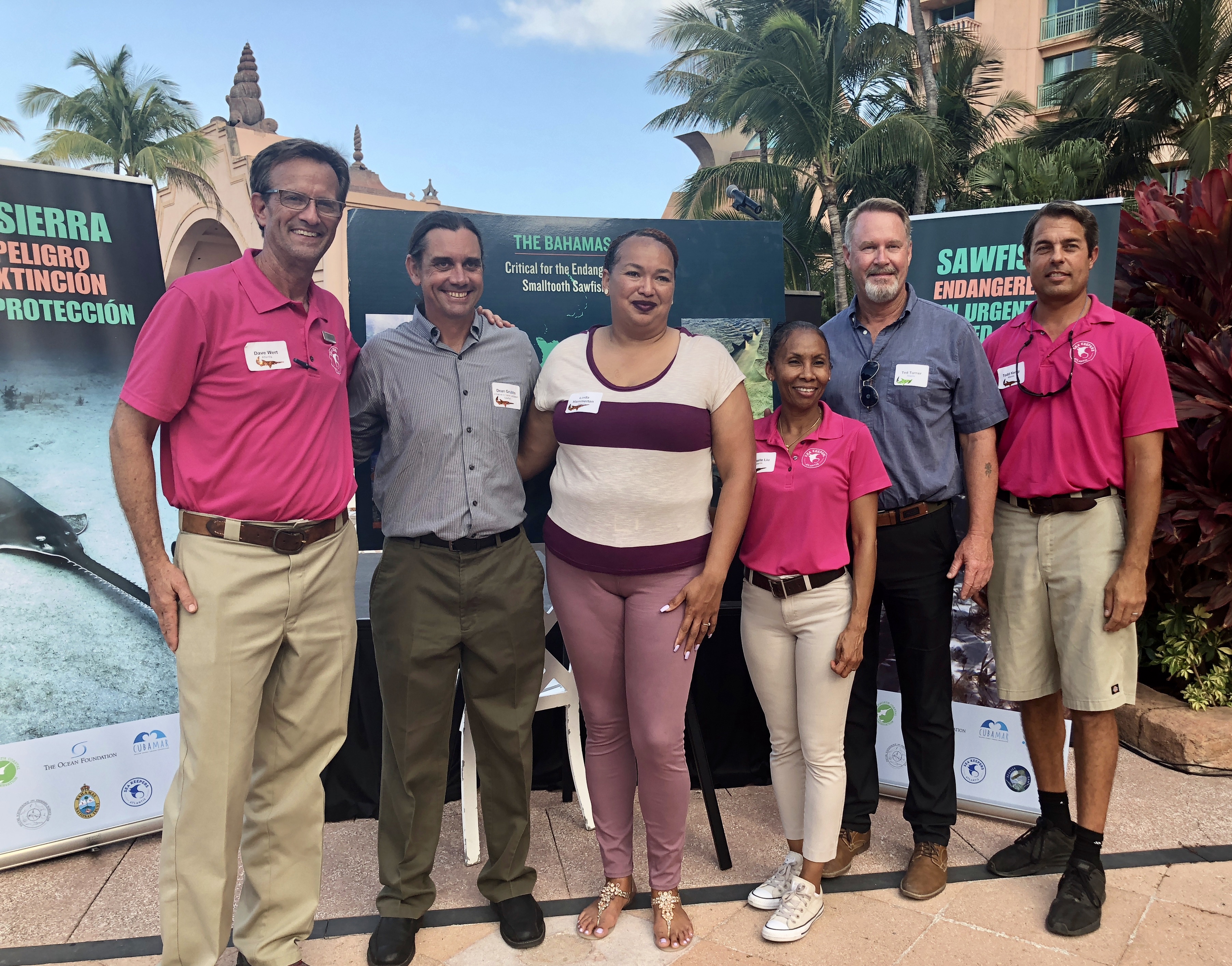 You can help protect the Smalltooth sawfish by telling friends and colleagues about the endangered status and needs of sawfish, report sightings of sawfish by emailing gdeane@bnt.bs and learn more about the Global Sawfish Conservation Strategy by visiting www.iucnssg.org 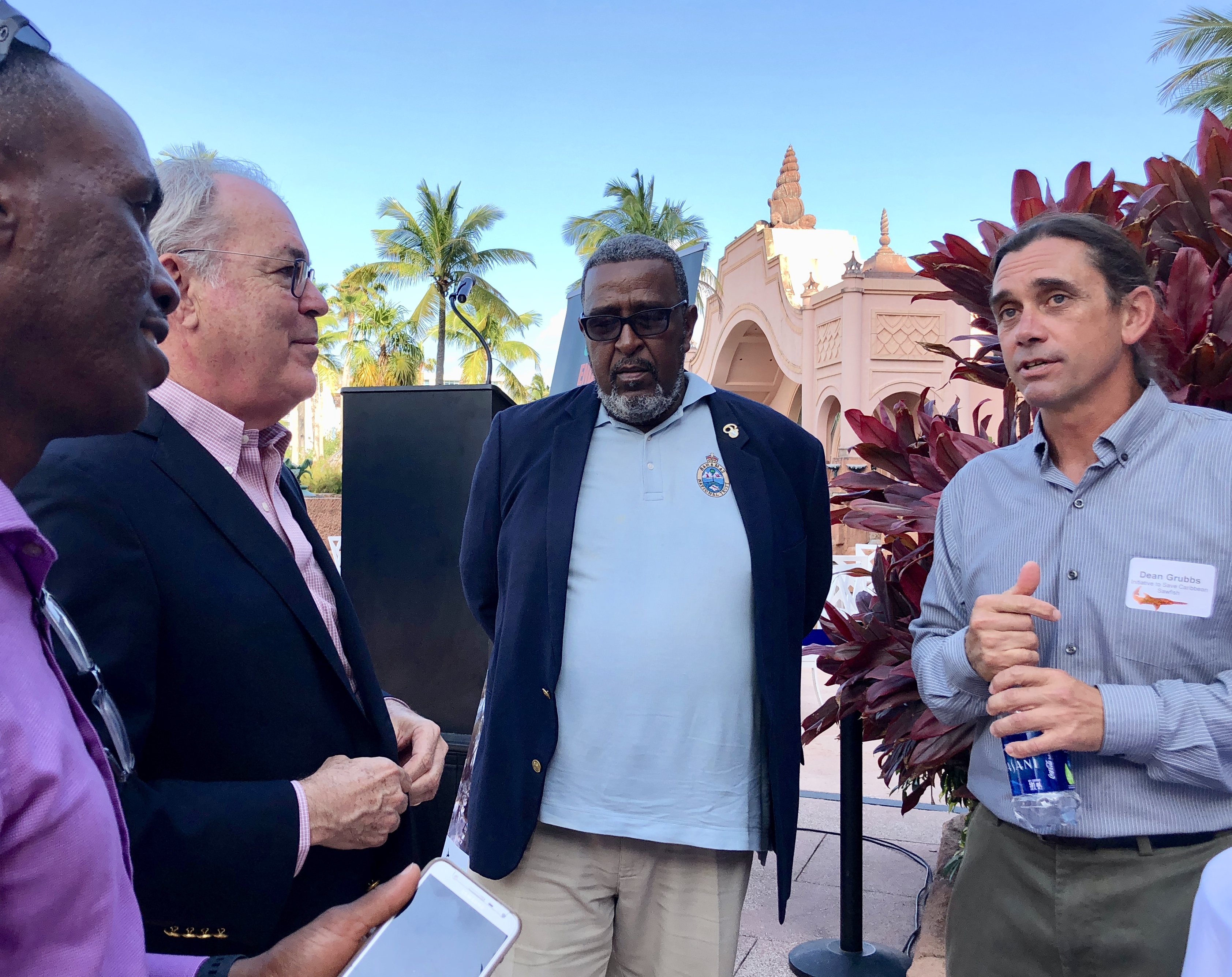